Bloomsday: The meals James Joyce would have enjoyed

Irish novelist James Joyce often referenced food in his writings so what would the writer of the book 'Ulysses' have eaten today? 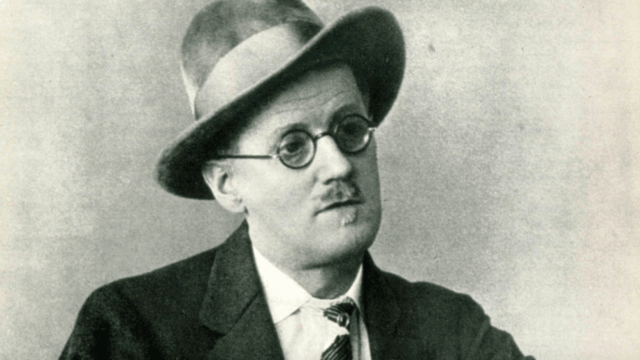 Irish novelist James Joyce often referenced food in his writings so what would the writer of the book 'Ulysses' have eaten today? Facebook

Irish novelist James Joyce often referenced food in his writings so what would the writer of the book Ulysses have eaten today?

Editor's note: Today, June 16, Ireland and the world celebrates the genius of Irish novelist James Joyce and his most famous work, Ulysses. In the run-up to this celebration, IrishCentral is taking a look at books, recent news, and theories about James Joyce and his works. You can keep up-to-date on all our Bloomsday coverage and other literary news at IrishCentral's special books page here.

In 1902, Joyce left for Paris to study medicine and letters he penned home reveal enjoyment for food and drink but he had little time for "vegetable philosophy."

In a letter to his father John Stanislaus Joyce, dated December 3, 1902, he writes from his residency at the Grand Hotel Corneille of “a déjeuner of seven courses today," according to The Irish Times.

A few months later, perhaps with finances becoming a bit strained he declared: “so much saved!” appearing to suggest that the effect of one big meal would last a while.

He described liking black coffee with sugar, which he suggested helped him cope with the weather.

We think Joyce wouldn’t be one for a Starbucks cold brew frappuccino but might enjoy a good old americano if he were alive today!

Joyce described liking black coffee with sugar, which he suggested helped with the weather. Image: Getty

Joyce also ranted about the Rev Joseph Darlington, one of his philosophy lecturers at UCD, George Russell and Joyce’s college pal, the writer Francis Skeffington, the latter two both non-meat eaters.

Joyce was'nt a fan of vegetarian meals and had a fondness for meat. Image: Getty

Vegetarian or vegan meals we think not!

Throughout Ulysses, food plays an important role in revealing characters personalities. Food and its consumption receive a complex and subtle significance reflecting social class, temperament and offers opportunities for interaction.

It symbolizes sex, and its rituals are interwoven with culture, customs, and values.

Read More: Take a tour through Ireland’s literary landscape ahead of Bloomsday

Leopold Bloom is introduced as a man of appetites

We are first introduced to Leopold Bloom in Ulysses as he is preparing a simple breakfast of bread and butter on a “humpy tray” for Molly, and his mind wanders to meals that he himself knows and admires.

Mr Leopold Bloom ate with relish the inner organs of beasts and fowls.

This recipe could be conveyed today as fried liver slices with crust crumbs and bacon as featured in The Joyce of Cooking, by Alison Armstrong.

We'd sure Joyce would give it the five stars!

Or how about embracing Joyce's penchant for soup and Blooms affection for kidneys for some Irish kidney soup courtesy of Paleo Leap!

An Irish stew is so popular it was named as Lonely Planet's world's top eating experiences!

There are many variations of an Irish stew from Guinness vegetarian stew (which wouldn't be top of Joyce's list) to Clodagh McKenna’s Irish lamb stew with pearl barley recipe which we think Joyce would really appreciate.

Davy Byrnes Pub has been a Dublin landmark since opening in 1889 and a world literature landmark since Leopold Bloom stopped in for lunch on June 16, 1904.

Crowds enjoy the festivities of Bloomsday outside Davy Byrne's pub on Duke Street in Dublin and was made famous in James Joyce's novel 'Ulysses'. In the novel Leopold Bloom stops for a gorgonzola cheese sandwich and a glass of burgundy while wandering through Dublin. Image: RollingNews.ie

Bloom orders a gorgonzola cheese sandwich and a glass of burgundy while wandering through the streets of Dublin.

Sips of his wine soothed his palate ... After all there’s a lot in that vegetarian fine flavour of things from the earth.”

The Gorgonzola Sandwich is still on the menu and we're sure Joyce would still savor one today.