How to make blaa bread, an Irish specialty

Blaa bread is so good, it's protected by the European Commission. 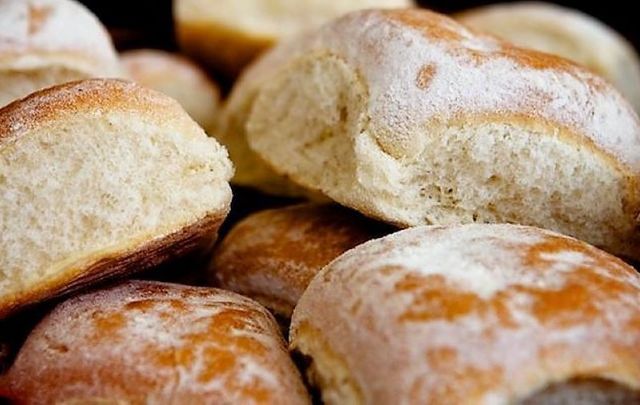 The blaa is a white bread roll protected under the European Commission. Yes! It’s that good. Ireland's Content Pool

Irish blaa bread, a soft roll covered in white flour, is one of Ireland's most beloved traditional foods.

Although often associated with Co Waterford, blaa bread arrived on Irish shores in the late 1600s when the French Huguenots brought the recipe with them. The word “blaa” is said to be derived from "blanc," the French word for white,  but this theory is disputed.

In 2013, blaa bread was awarded Protected Geographical Indication status by the European Commission, meaning that only a blaa actually made in Waterford can be called a blaa.

The most traditional way to pick up a blaa in Waterford is either as a breakfast blaa with rashers or a full Irish or with some red lead (a luncheon sausage). Of course, you could also try it with whatever sandwich filler you like but us Irish would recommend some ham or real Irish butter and some cheese and onion Tayto crisps (chips). Good lord.

Or, you can try making your very own blaa bread with this recipe!

When the yeast is frothy and the sugar is dissolved add the mixture to the flour with salt and remaining water.

Knead for five minutes until smooth and elastic.

Put the dough into a large oiled bowl and covered with oiled cling wrap and put in a warm place for about an hour or until doubled.

Punch dough down, cover, and leave to rise again for about a half-hour.

Punch down again gently and turn out onto a floured board. Divide dough into 24 even-sized buns, slightly flattened (approx 3 oz each) and place on a lightly floured baking sheet. Allow to rise at room temperature until double in size - 2 to 3 hours.

Heat oven 425°F (210°C). Dust rolls lightly with all-purpose flour and bake for about 15 minutes until or until they sound hollow when tapped on the bottom. Ideally, rolls should not be too brown on top.

Have you ever tried blaa bread before? Let us know in the comments!