The "It's Always Sunny" gang unveils their own Irish whiskey - for a good cause! 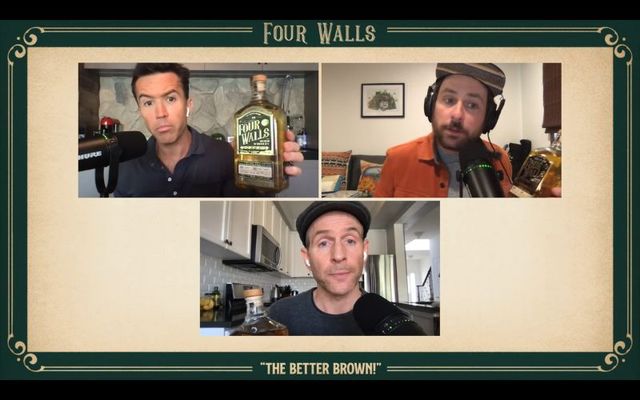 Four Walls, the new whiskey brand from "It's Always Sunny in Philadelphia" co-stars Glenn Howerton, Rob McElhenney, and Charlie Day, comes as a tribute to the 'four walls' the gang calls home - the bar.

"The whole idea is to give back to the four walls who have given us so much - the bars," McElhenney said this week. "We're giving all the profits to actual bars and bartenders."

The bar as we know it today, the gang said, is an offspring of the Irish Pub and the American Saloon. Its inherent Irish American spirit carries the warmth and comfort of familiar faces and repeated stories, along with the unpredictability and energy that generate the wild moments we will never forget and keep us coming back.

Four Walls whiskey is a tribute to a place we call home: the bar. The four walls that hold our good times in and keep our troubles out. Order a bottle now and raise a glass to your favorite bar: https://t.co/puvZzm6gve pic.twitter.com/8BQVPRacFa

"We wanted to create a brand celebrating the four walls that have held our favorite memories in and kept our troubles out," Howerton said.

McElhenney added: "We were shooting Season 15 when bars were shutting down all across America. So we decided to source some really great whiskeys and create something as a tribute to the bar and kick it off by giving back."

A nod to the gang's Irish American roots, Four Walls works with the Cooley and Great Northern distilleries, both in Co Louth in Ireland, and Wigle Whiskey in Pennsylvania.

Day noted: "We learned just how rare and how collectible old Irish Whiskey is and we couldn't believe we got our hands on some and wanted to release it and do something for the people and places that do so much for all of us - the bars and the bartenders."

The new whiskey comes after the latest season of the cult hit show "It's Always Sunny in Philadelphia" featured several episodes filmed in Ireland.

The limited-edition Four Walls whiskey collection will include two products - a rare Irish Whiskey with premium commemorative packaging for serious whiskey collectors, and a blended Irish and Straight Pennsylvania Rye offering crafted with bartenders in mind and made to celebrate with fans, both available for purchase starting today.

The commemorative bottle is a 15+-year-old, single-barrel, cask-strength Irish Whiskey made to celebrate the record-breaking 15th season of “It's Always Sunny in Philadelphia,” all episodes currently streaming on Hulu/FXX, and the success of the “It's Always Sunny Podcast." With premium packaging that includes signatures by Glenn, Rob, and Charlie, and a mirrored, engraved box, this package will retail for $999 and is only being released in a run of 755 bottles.

The second release is a mix of hand-selected barrels of grain and malt Irish whiskeys blended with Pennsylvania Straight Rye Whiskey for a new Irish & American tradition. Blended with bartenders in mind, it is smooth enough to be served neat but also holds up in a cocktail. This 90-proof spirit comes in a collectible premium box and retails for $89. Only a few hundred cases will be released now, with opportunities for fans to taste the spirit at special events over the coming months including the just-announced “The Always Sunny Podcast” live events at Bourbon & Beyond festival and at The Met Philadelphia.

All proceeds from this collection will be donated to the Pennsylvania Restaurant & Lodging Association's HARP (Hospitality Assistance Response of Pennsylvania). 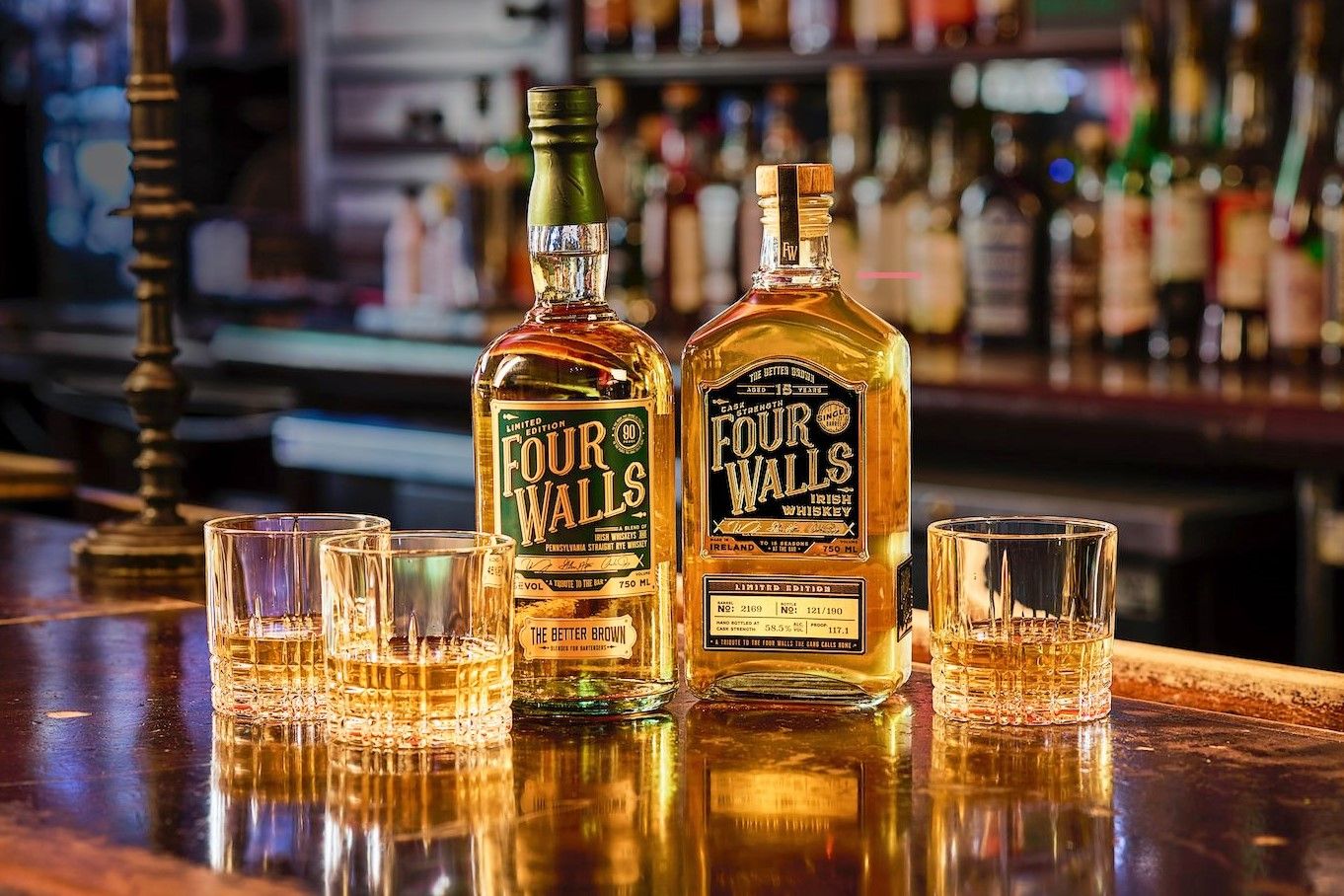 The liquid in both bottles, in addition to having the blessing of Master Distillers at all partner distilleries and from the gang themselves, recently received high praise during a blind tasting by members of the Barleycorn Society with co-founder John McCarthy declaring the 15-year Four Walls as "a single malt rivaling any in the world" and the blended offering as a "no-brainer for high-end cocktails as well as a perfect vehicle for neat sipping armchair contemplation."

You can shop the Four Walls limited-edition collection and sign up to join the Four Walls bar family to be the first to learn about future releases at FourWallsWhiskey.com.