There were 18 restaurants in the Republic and three in Northern Ireland that were given Michelin stars. 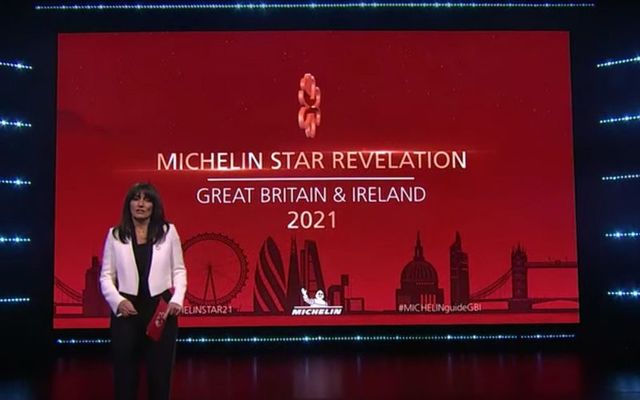 The Michelin UK and Ireland Awards for 2021 were announced last week in London and 21 Irish restaurants received stars.

There were 18 establishments in the Republic and three in Northern Ireland that were recognized during the online ceremony, including one newcomer.

The newcomer was Dede at the Customs House in Baltimore, Co Cork, led by head chef Ahmet Dede.

In addition, four Irish restaurants received a Michelin ‘Bib Gourmand.' The ‘Bib,’ which was established in 1997 and is separate from the Michelin Star awards, is given to restaurants that offer good quality food at affordable prices of €40 or less for a three-course meal.

The four Irish restaurants to be awarded the 'Bib' this year are Goldie in Cork, Table Forty One in Wexford, Spitalfields pub in Dublin and Volpe Nera in Blackrock, Co Dublin.

Three Irish restaurants were awarded the new green Michelin stars, highlighting leaders in sustainability practices. These were KAI and Loam, both in Galway city, and Inis Meáin Restaurant on Inishmaan on the Aran Islands.

The new Chef Mentor Award was given to Ross Lewis of Chapter One in Dublin, which has held a Michelin star for 14 years, reports Food&Wine.ie.

Gwendal Poullennec, International Director of the Michelin Guides, recognized  the challenges facing restaurants and the hospitality industry in light of the COVID-19 pandemic and congratulated those restaurants which had received this year’s awards.

“The Michelin Guide is about promoting the hospitality industry as a whole and we want to shine a light on the hard work, tenacity and commitment of chefs and restaurant teams,” he said, according to Journal.ie.