A collective of nine female Irish artists called “Turf” organized an exhibition of their work in the city that inspired them - New York. 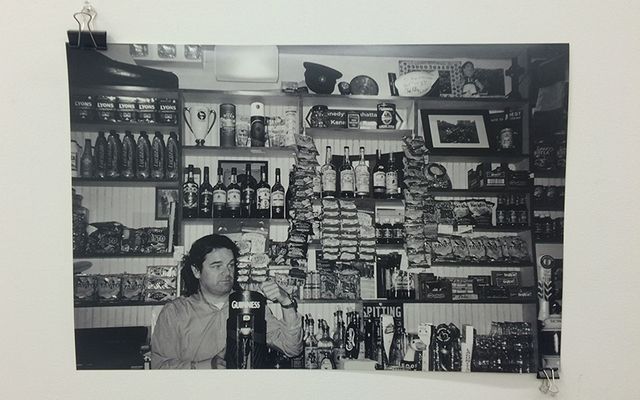 A collective of nine female Irish artists called “Turf” organized an exhibition of their work in the city that inspired them - New York.

Most of the artists are in America on J-1 graduate visas; most graduates of Irish art schools emigrate, with New York and London the overwhelming favorites.

Speaking to the Irish Times, one of the group, Ellen Egan said, “The J1 is a massive hindrance to your ability to develop your career or even just gain experience in your field. Once potential employers hear the words ‘paperwork’ they freak out, unless they’ve done it before... There are definitely lots of opportunities in New York but it’s very much driven by who you know.”

Regardless the challenges of life stateside, their work has absorbed and combined classically Irish and New York themes. Ashleigh Merrin, for instance, chose to display her collection of photographs of New York Irish bars.

Speaking to IrishCentral, organizer Hannah Whelan from Dublin said she was inspired to put the show together because it told a story of young Irish emigration to New York.

“All the people I hang out with are Irish, and I’m the only dual citizen, so I thought it was important to mark this milestone [of emigration] in our lives. Throw a show and highlight the talent and creative influences that New York has had on all my friends coming from art and design backgrounds.

As to whether she thought Ireland or the city that never sleeps has a bigger influence on the artists’ work, Wheeler was emphatic, “Definetly New York… we are so tied to our Irish roots but the vibrancy of New York has hugely impacted our work. I used to work only in monochrome but now it’s in color.”