The Wolfe Tones song "Celtic Symphony," as well as other songs form the Irish folk band, have climbed to the top of iTunes charts amidst the Irish soccer controversy. 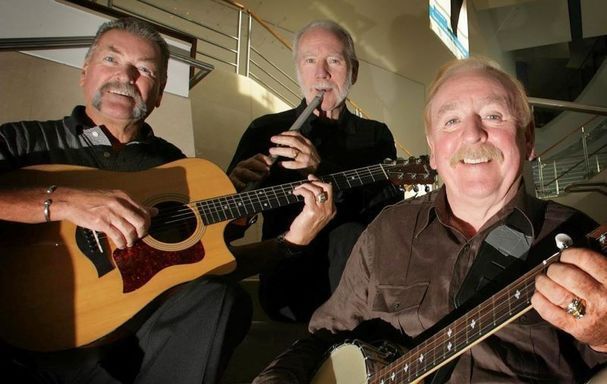 The Wolfe Tones song "Celtic Symphony" has soared to number 1 in the Irish iTunes charts after the Irish women's soccer team was filmed singing part of the song following their historic win over Scotland on October 11.

Two different versions of the track, which feature the refrain "Ooh, aah up the Ra", occupy the number 1 and 2 positions in the Irish iTunes charts at the time of writing.

The song has also rocketed to number 2 in the UK iTunes charts, while a second version of the song currently sits at number 21.

The Wolfe Tones' version of "Sean South of Garryowen", which tells the story of an ill-fated attack on a British army barracks in Northern Ireland during the IRA's border campaign during the 1950s, has also re-entered the Irish charts and currently sits at number 10.

Meanwhile, the band's rendition of "Come Out Ye Black and Tans" has jumped to number 11, while their version of "The Boys of the Old Brigade" has climbed to 28.

A third version of "Celtic Symphony" also sits at number 18 in the Irish iTunes charts at present.

When Celtic Symphony is both No. 1 & 2 in Ireland … pic.twitter.com/eYNVzQaeFr

The Wolfe Tones' song has seen renewed popularity in the wake of the controversy surrounding the Irish women's football team, who were filmed singing "ooh, aah up the Ra" in their dressing room shortly after booking their place at next year's Women's World Cup.

The Football Association of Ireland (FAI) and manager Vera Pauw have both apologized for the incident while European footballing body UEFA has announced that it will conduct an investigation of the matter.

Reacting to the UEFA announcement, the FAI again apologized for the incident and said it would remind the players of their responsibilities.

"The FAI again apologizes for any offense caused and we will continue to review this situation accordingly to ensure that our international players and staff, across all of our teams, are aware of their responsibilities," the FAI said in a statement.