Why is Ed Sheeran, the dullest man in music, the choice of an Irish generation?

One of the things about modern life that really sucks. 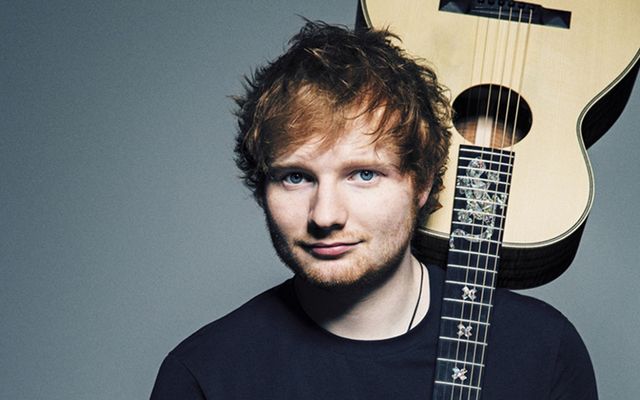 Ed Sheeran - is he the voice of a generation? Flickr/Arrecital

There are many things about modern life that suck.

People who put their child’s face on their social media page instead of their own. Can we all agree those people are the worst? We get it, you’ve reproduced, you’re devoted to your offspring, but do you have to completely surrender your own identity in the process, for God’s sake?

There are other ubiquitous modern blights of course. Running out of charge on your iPhone is a major one. Everyone hates that. Deathly slow internet connections, those are the worst too.

Just to say his name out loud is a magic invocation that will ensure a fitful sleep.

Wiccans swear if you say Ed Sheeran three times in quick succession on a moonlit night you will be overcome by an irresistible need to buy overpriced tickets to his giant pop concerts where you and 300,000 bewitched Irish souls will then post countless selfies of each other making enthusiastic v-signs (because cool).

Read More: Ed Sheeran sells more tickets in one day than any performer ever in Irish history

Perhaps only witchcraft can explain Ed Sheeran’s mysterious career to date. He’s so middle of the road he should wear a white line down the center of his body.

Yes we know he played Madison Square Garden with just a guitar, but that doesn’t make him Elton John or George Michael or Beyonce. It doesn’t signify that what he played was any good. It is merely popular, that is all.

And we know who you are, Ed Sheeran fans, by the way. We know that you’re so basic, so inoffensively normal, that it’s actually obnoxious, and we know that you like your pop acts to reflect that fact.

Sheeran presents as nice but he has an unexpectedly blokeish aftertaste that tells its own story. Just look at the lyrics to his sour break up track New Man for example.

“Your new man rents a house in the 'burb

And wears a man bag on his shoulder, but I call it a purse…”

“And I know you love Shrek because we’ve watched it twelve times…” he sings elsewhere.

What the hell sort of people watch Shrek twelve times? Have you ever met one? Are you one? If you are have you had a look at yourself lately? Why are you dancing to songs about Shrek? Why have you watched it twelve times? What the hell is wrong with you?

What Ed Sheeran has not done and what he will never do is release something that upsets you. Or challenges you. Or genuinely thrills you. Or asks you to do anything more than vaguely sway to a vaguely R&B or hiphop beat whilst he vaguely sings his latest inoffensive song about love’s vague redemption or some such.

Millennial Sheer-fans - I hate to tell you, but you have picked Eoin McLove to be your mouthpiece, the avatar of your inoffensive era. We have noticed.

Earlier era’s had Bowie or Morrissey or Vicious or Cobain or even Elvis. All of them represented a deep systemic threat to the dominant cultures of their eras. But the greatest threat Ed Sheeran represents is probably the threat of forgetting to put sugar in his granny’s tea. He’s even written a song for his granny called Nancy Mulligan. Of course he bloody has.

Perhaps most interesting of all is that you can listen to every song ever recorded by Ed Sheeran in real time without any of them making the slightest impression on you. His music is like walking through snow. You know it’s there, you can see it, but you can barely feel it.

Why so many young Irish people have decided this is the voice of their generation is actually really sad. Whilst previous generations certainly had a surfeit of middle of the road horrors like Chris De Burgh and Dire Straits and Foreigner and Phil Collins and Hootie & The Blowfish and Pearl Jam and a thousand others, they didn’t file into giant stadiums to hear them. They didn’t make them their top selling artist. They had the sense to at least look vaguely conflicted.

Look we get it, he seems like a nice lad. But rock and roll is about radical self-invention. It’s about dreams and fantasy and ground breaking progression. It should burn through everything that came before it and make its own rules in the now. It should blaze, not flicker. It should threaten not reassure.

When people look back at this era, which is really just a grab bag of the best bits of earlier eras reproduced and repackaged to move, will they really turn to Ed Sheeran with the amazed respect that acts like Bowie still engender?

No they will not. So my advice to millennials is to go raid your mom and dad’s record collection. Sad to say, but they were so much cooler than you.