Who was Liam Neeson married to? 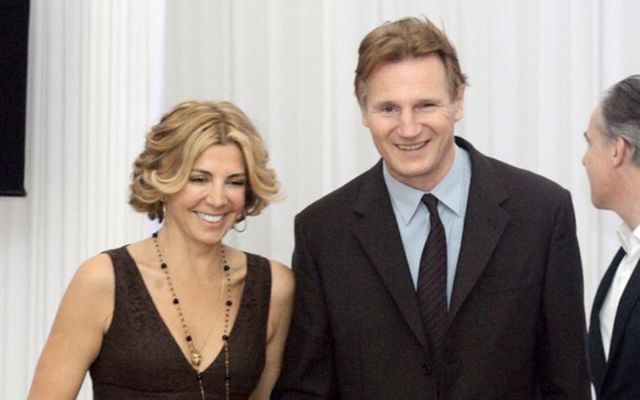 Liam Neeson's late wife Natasha Richardson tragically passed away in 2009 following a skiing accident in Canada, but who was the English actress? And what was she known for?

Richardson was born in London in 1963 to two Academy Award-winning parents - Tony Richardson and Vanessa Redgrave.

Her career as an actress seemed sealed from the day she was born and she made her acting debut at the age of four in an uncredited role in the Charge of the Light Brigade, a film directed by her father.

It would be almost 20 years later before she started taking significant roles in theater and film in 1984.

Her first professional work in theater and on London's West End came in 1985 when she performed in a revival of Anton Chekhov's The Seagull.

Richardson would meet her first husband Robert Fox while working on the production and the pair would be married in 1990 before their divorce two years later.

On the silver screen, Richardson landed her first credited role in "Every Picture Tells a Story", a film based on the life of painter William Scott.

She performed alongside esteemed Hollywood actors like Robert Duvall (The Handmaid's Tale) and Helen Mirren (The Comfort of Strangers) in the fledgling days of her film career, but her most well-known roles would come later in her career.

In the interim, Richardson continued her dual work in theater and film and met her second husband while performing in the title role of Anna Christie on Broadway in 1993.

They were married a year later and had their first child - Micheál - in 1995. Richardson gave birth to her second son Daniel in 1996.

Richardson arguably hit the peak of her acting career shortly after her the birth of her two sons as the 1990s drew to a close.

She scooped a Tony Award for her performance as Sally Bowles in Sam Mendes' revival of Cabaret on Broadway and also starred in The Parent Trap in the same year.

She additionally starred alongside Ralph Fiennes and Jennifer Lopez in the 2002 hit film Maid in Manhattan as her acting career continued on an upward trajectory.

Her death in 2009 was met with utter devastation and heartache.

The 45-year-old actress hit her head after falling a beginners' ski slope at Mont Tremblant, Quebec.

She initially refused medical attention and told Neeson over the phone: "Oh darling, I've taken a tumble in the snow." However, her condition quickly deteriorated and she suffered an epidural hematoma and died two days later on March 18.

Neeson opened up about his wife's death on an episode of 60 Minutes in 2014 and said that three of her organs were donated to patients in need.