Who is Ronan Tynan? A look at the Irish Tenor's life 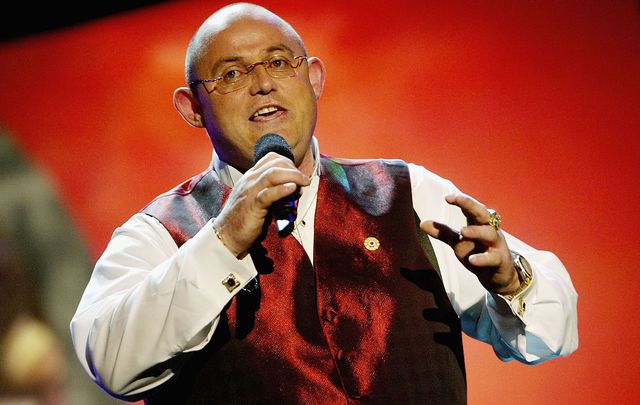 After overcoming great odds in Ireland, Ronan Tynan has made a name for himself as an Irish Tenor in the US.

This week, Irish Tenor Ronan Tynan sang at the funeral of former US President George H.W. Bush only days after singing at his bedside.

But who is Ronan Tynan?

Tynan was born in Dublin and raised in nearby Johnstown, Co Kilkenny. He was born a twin, but his twin brother Edmond tragically died from pneumonia at only 11 months old.

Tynan was born with the condition phocomelia, which causes an underdevelopment of his legs. When he was 20 years old, Tynan was involved in a car accident that ultimately led to the amputation of his legs below the knee. Tynan made a remarkable recovery and was climbing flights of stairs within weeks of the amputation.

Within a year of the amputation, Tynan was making a name for himself by winning international track and field competitions. In 1984 and 1988, he represented Ireland in the Summer Paralympics and brought home four gold, two silver, and one bronze medal.

Tynan became the first person with a disability to be admitted to the National College of Physical Education, in Limerick. After working for about two years in the prosthetics industry, Tynan then began studies at Trinity College in Dublin and graduated with his physician’s degree that specializes in Orthopedic Sports Injuries in 1993.

Shortly after graduating, Tynan turned his attention to singing following some encouragement from his father. He went on to win the John McCormick Cup for Tenor Voice, the BBC talent show Go for It, as well as the prestigious International Operatic Singing Competition in France.

In 1998, his debut album ‘My Life Belongs to You’ became a top-five hit in England and eventually went platinum.

Later in 1998, Tynan was approached by American television network PBS for their new project, ‘The Irish Tenors.’ Tynan joined up alongside other Irish singers Anthony Kearns and John McDermott (who was later replaced by Finbar Wright).

Read More: Remembering Liam Clancy on the anniversary of his death

In 2006, Tynan left the group to pursue a solo career but rejoined again in 2011. The Irish Tenors now tour typically twice annually, usually around St. Patrick’s Day and Christmas and perform a variety of Irish, contemporary, and original music.

In 2001, Tynan was based in New York City and sang at many of the funerals and memorials of first responders who died on 9/11. Having become popular stateside through The Irish Tenors, he became a fixture at many sporting events singing the national anthem.

In April 2009, Tynan, a devout Catholic, sang at the Archbishop installation mass at St. Patrick’s Cathedral in NYC.

Later in 2009, however, Tynan found himself at the center of controversy after he made what were considered to be anti-Semitic remarks. When speaking with a realtor in his NYC apartment building, Tynan said "as long as they're not Jewish," in what he insists was a joke referring to other prospective buyers.

In response, the New York Yankees baseball team canceled his upcoming appearance to sing the National Anthem before game one of the 2009 American League Championship Series on October 16.

The Anti-Defamation League accepted a public apology from Tynan, but he found it difficult to continue living in New York City after the controversy and relocated to Boston in 2010.

Most recently, Tynan was called upon to sing at the bedside of former US President George H.W. Bush on November 30. Tynan performed Silent Night, as well as another song in Irish. People who were there said that despite his condition, Bush was able to mouth along the words.

President Bush passed away not long after Tynan’s personal performance, and Tynan sang at his state funeral on December 5.