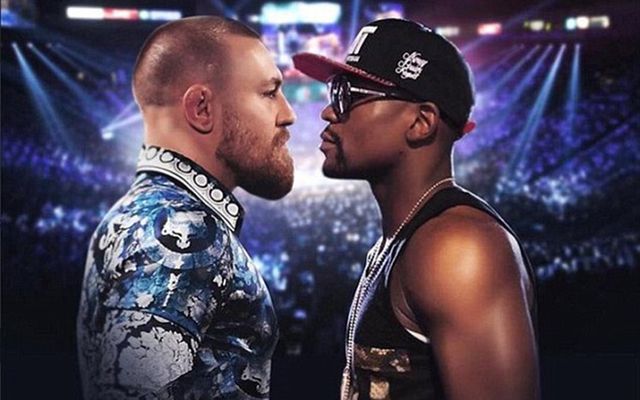 Conor McGregor and Floyd Mayweather are in Brooklyn today promoting their epic August 26 face-off. What insults will be thrown down and challenges made today? Watch the press conference live from Barclay's Center today at 6:30 pm EST, below. *NOTE: as with yesterday's conference in Toronto, they kept us waiting! The conference actually started at 8:30 pm.

The Irish UFC fighter and the American boxer will go head to head on August 26 in Las Vegas. In advance, they've been on a world tour to promote the fight, spanning three countries.

McGregor's pre-fight antics have sparked some outrage in recent days, with some upset by his racially fueled insults and others shocked by his treatment of the Irish flag. But fans remain excited to see him test his mettle in Vegas.

The final stop of the press tour will see McGregor and Mayweather in London, closer to McGregor's home turf of Ireland, tomorrow.

Will you be watching the Mayweather VS. McGregor fight on August 26? Let us know in the comment section.