Will the Irish MMA star put on the gloves to face boxing great Floyd Mayweather? 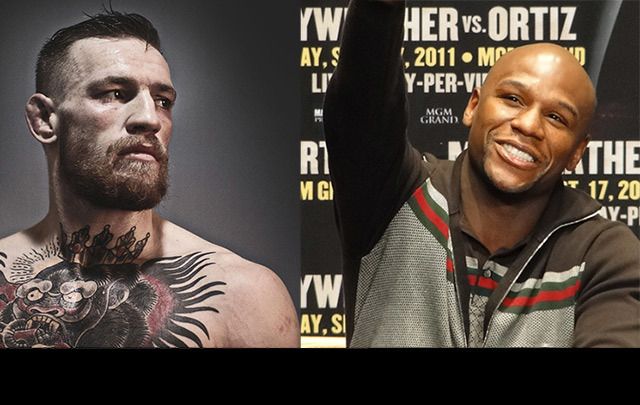 Conor McGregor is in Las Vegas putting the finishing touches to a contract that will see him fight Floyd Mayweather, the undefeated 49-0 boxer, according to ESPN. The purse could be an incredible $100 million dollars.

The Sun says a source close to McGregor told them the two talented fighters have agreed to terms for the mega-fight and will make things official shortly:

“Conor McGregor and Floyd Mayweather have agreed a deal to fight and have both settled on their respective fees," the source said. "The contract hasn’t officially been signed yet because of a third party hold-up but all the details have all been agreed on.

“The fight could even be announced within two weeks.”

The Nevada State Athletic Commission chairman has confirmed "real discussions" have been held with the "real players involved" over the showdown.

If it goes ahead Mayweather will be heavily fancied under boxing rules against McGregor who was a very ordinary boxer before turning to UFC.

He will also be denied using his kicking expertise which is a major aspect  of his attack strategy.

Mayweather is known as a killer counter puncher and would doubtless draw McGregor on to him and counterpunch.

Mayweather may be vulnerable on the age issue, he is close to 40 and McGregor is just twenty eight but nonetheless he will be an overwhelming favorite.