"Vikings: Valhalla" is looking for extras ahead of filming the third season of the hit Netflix show in Ireland this summer. 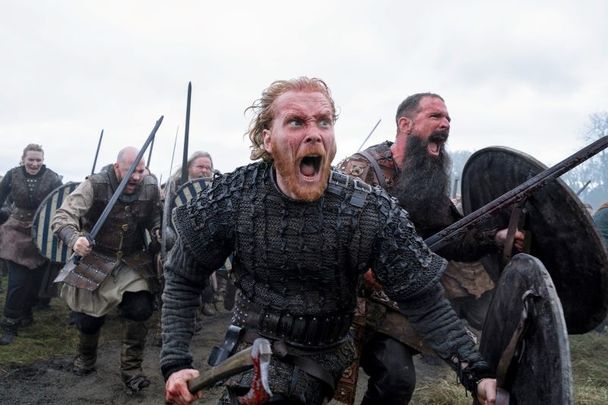 "Vikings: Valhalla" is looking for extras as filming for the third season of the hit Netflix show will begin in Co Wicklow this May.

"For the new season of Valhalla, we are looking for extras," a spokesperson for the Netflix production said.

"Filming will take pace in and around Co Wicklow from May through the summer this year.

“We are looking for people of all ages, looks, shapes, sizes, and backgrounds. No previous experience is needed.”

Only those who are residents in Ireland are being asked to apply. If you're interested in applying, you can email extras@vhproductions.ie.

"Vikings: Valhalla" is a spinoff of "Vikings," which aired on the History Channel for six seasons and was also filmed in Ireland.

Season one of "Vikings: Valhalla," filmed in Ireland and now streaming on Netflix, chronicles the heroic adventures of some of the most famous Vikings who ever lived — the legendary explorer Leif Eriksson (Sam Corlett), his fiery and headstrong sister Freydis Eriksdotter (Frida Gustavsson), and the ambitious Nordic prince Harald Sigurdsson (Leo Suter).

Netflix says: “As tensions between the Vikings and the English royals reach a bloody breaking point and as the Vikings themselves clash over their conflicting Christian and pagan beliefs, these three Vikings begin an epic journey that will take them across oceans and through battlefields, from Kattegat to England and beyond, as they fight for survival and glory.”

Netflix confirmed last month that the hit show will return for both a second and third season:

Vikings: Valhalla will return for Season 2 — and Season 3! pic.twitter.com/9zMYfMa9jc

While the production of season two has already wrapped, season three will begin filming in Ireland this May and throughout the summer.