The eight-part series "Vikings:Valhalla" will drop on the streaming platform on Friday, February 25. 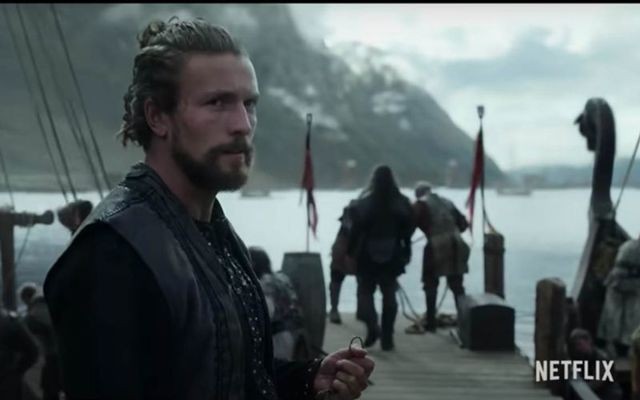 From the trailer of Netflix's new "Vikings: Valhalla" series. YouTube/Netflix

"Vikings: Valhalla",  which was filmed in Co Wicklow, will premiere on Netflix on February 25.

The new series is a spinoff of Michael Hirst's original historical drama "Vikings," which aired in 2013 on the History channel in the US and RTÉ in Ireland and ran for six seasons.

Similar to the original series, much of "Vikings: Valhalla" was shot in Co Wicklow at Ashford Studios, reports BreakingNews.ie.

"Vikings: Valhalla" is set in the early 11th century, taking place a hundred years later from the original show, and chronicles the heroic adventures of some of the most famous Vikings who ever lived.

The new series is created by Jeb Stuart and produced by original series mastermind Michael Hirst.

All eight episodes of the series will drop on the streaming platform on Friday, February 25.

The new series will focus on the Vikings in England, as tensions rise over their conflicting Christian and pagan beliefs, according to Newsweek.

The official synopsis says: "As tensions between the Vikings and the English royals reach a bloody breaking point, and as the Vikings themselves clash over their conflicting Christian and pagan beliefs, these three Vikings begin an epic journey that will take them across oceans and through battlefields, from Kattegat to England and beyond, as they fight for survival and glory."

You can watch the trailer for Netflix's "Vikings:Valhalla: below: