‘Vikings,’ filmed in Ireland, to end after 6 seasons with spin-off in the works

The historical drama has been filming in Ireland for 6 years 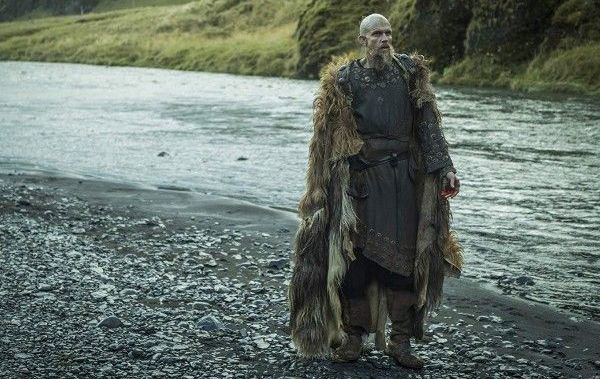 Vikings will come to an end after its sixth season IMDB

The historical drama has been filming in Ireland for 6 years

Vikings will end after its forthcoming sixth season, Deadline has confirmed, but creators are exploring the possibility of a spin-off.

Read More: Why History Channel's "Vikings" is so beloved in Ireland

Vikings, which airs on RTE in Ireland and on the History Channel in the US, has been filmed in Ireland for six years and has featured a number of Irish actors including Moe Dunford, John Kavanagh, and most recently, Johnathan Rhys Meyers.

The historical drama is filmed in Ashford Studios in Wicklow and around the Wicklow Mountains, says Entertainment.ie.

Deadline reports that the show will end with after its 89th episode. Vikings is currently halfway through airing its fifth season in the US, with the season finale scheduled for January 30. The fifth season will be arriving to RTE in Ireland in the coming months.

Series writer Michael Hirst, who has written every episode of the hit show, is in talks with the History Channel and MGM Studios about the possibility of a spin-off.

Check out the trailer for mid-season 5 of Vikings here:

Are you sad to see Vikings end? Let us know in the comments!