U2’s 14th album, a collection of “intimate letters”, to be released on Dec 1

New U2 album “Songs of Experience” will precede a North American tour in 2018. 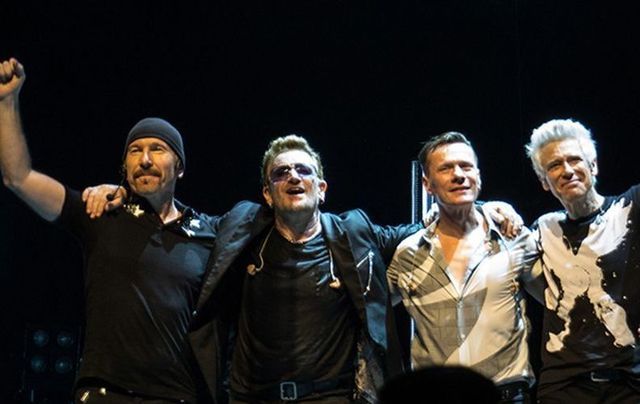 Bono writes as if he’s dead on “Songs of Experience”

U2 has announced that we have less than a month to wait to hear a new album! “Songs of Experience” is set to be released on December 1, delighting fans who have just had the pleasure of seeing them on the world tour “Joshua Tree,” a tribute to the Irish band’s most iconic album.

Blake is not the only poet to have had an influence on this 14th album from U2, however, as the collection of “intimate letters” that the band have compiled are said to have been written by Bono as if he was dead on the recommendation of the man known as Ireland’s greatest living poet.

"The lyrical approach of the album was greatly inspired by Irish poet, novelist and Trinity College, Dublin Professor Emeritus Brendan Kennelly’s advice to Bono to 'write as if you’re dead,'” said a press release from the band, “resulting in a collection of songs in the form of intimate letters to places and people close to the singer’s heart -- family, friends, fans, himself."

The Irish icons have also released the striking artwork to go with the album, showing a black and white portrait of a young man and woman, with the woman sporting what appears to be an old soldier’s helmet.

Pre-order #U2SongsofExperience & hear Get Out Of Your Own Way. Tour opens in US in May. Register as Verified Fan. https://t.co/2RefIMUGp0 pic.twitter.com/TyaESstqh6

Not only this but with the “Joshua Tree” tour having just wrapped up, North American U2 fans are in for a chance to see them live yet again next year with a tour kicking off to celebrate the album in Tulsa, Oklahoma, on May 2.

u2 have not longed finished their "Joshua Tree" tour.

While the band have already released two songs from “Songs of Experience” - "You're The Best Thing About Me" and “The Blackout” - excitement is reaching fever point before the release dat to hear U2’s new music, alleged to take them back to their heavy sound of the mid-1980s and early ‘90s.

The new U2 is already available to preorder for those who can’t bare to wait a second longer than necessary!

What has been your favorite U2 album so far? Do you think "Songs of Experience"  can top it?