U2 guitarist, The Edge, on what shaped the band’s upcoming tour, from Trump, to Brexit and taking stock. 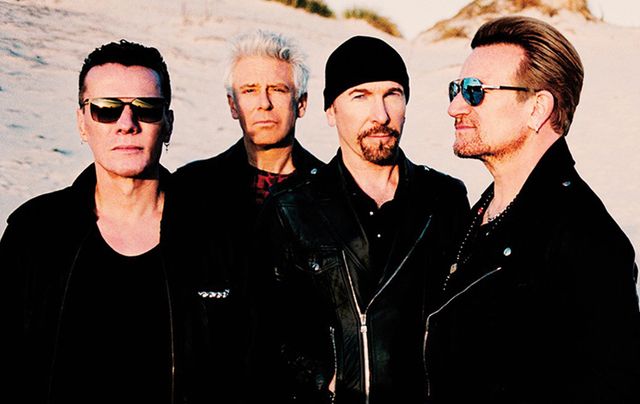 U2 guitarist The Edge recently gave an interview to Rolling Stone outlining why the new "Joshua Tree" world tour is not a nostalgia tour and he revealed what shaped it.

1. The influence of The Trump election

“It's like a pendulum has suddenly just taken a huge swing in the other direction. So, anyway, we then were looking at the anniversary of The Joshua Tree, and another thing started to dawn on us, which is that weirdly enough, things have kind of come full circle, if you want. That record was written in the mid-Eighties, during the Reagan-Thatcher era of British and U.S. politics.

“It was a period when there was a lot of unrest. Thatcher was in the throes of trying to put down the miners' strike; there was all kinds of shenanigans going on in Central America. It feels like we're right back there in a way. I don't think any of our work has ever come full circle to that extent. It just felt like, "Wow, these songs have a new meaning and a new resonance today that they didn't have three years ago, four years ago.”

2. The role of British protest politics in the Brexit age

“The Red Hill Mining Town” (which is part of the play list) for the first time in itself is just right slap-bang in some ways what's going on with the U.K. It's not quite as intense, but there's industrial action breaking out all over the U.K. for the first time in generations. It's not exactly a repeat of the Winter of Discontent, but it's wild those issues are coming back.

“It does seem like politics is polarized in so many parts of the developing world to an extent that I find worrying. I'm sure most people do. Those days were difficult, dark times, and personally we really would hate to see it go back there.

3. What does short story writer Flannery O’Connor have to do with "Joshua Tree"?

"I remember that myself and Bono were reading Flannery O'Connor, the Southern writers. It was a conscious effort to look across the Atlantic and to start to explore America. I mean, for someone from Ireland, it is a vast source of ideas and aspirations and inspirations and [for] generations, America being the Promised Land. We're looking at it in that regard, but also at what America really was. I read about the Soledad Brothers. I read about the Black Panthers. We were exploring America from all kinds of angles.

4. But it's not nostalgia

“Well, as I said, I think what's important for us is that it's not really about nostalgia. There's an element of nostalgia that we can't avoid, but it's not motivated by a desire to look backwards. It's almost like this album has come full circle and we're back there again. It's kind of got a relevance again that we're certainly aware of.”