Given the success of “Black 47” it seems the movie “Famine” the tale of the Sultan who sent relief to Ireland could be made into a movie. 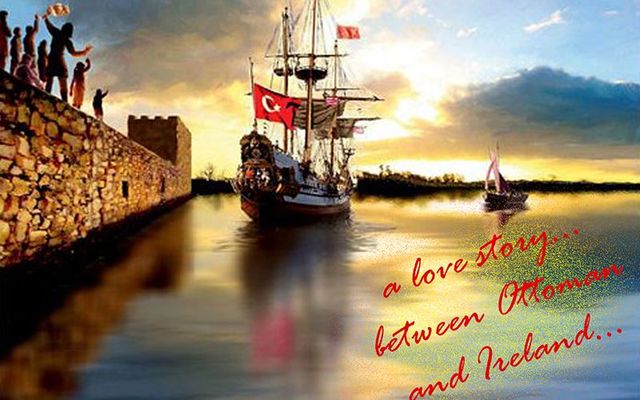 Given the success of “Black 47” it seems the movie “Famine”, the tale of Sultan Khaleefah Abdul-Majid who sent relief to Ireland and shamed Queen Victoria, could be on its way to Hollywood.

Another major Irish Famine movie is on the way after the success of “Black 47,” which opens in 100 American screens on September 28, 2018. Suddenly the topic of the Irish Famine has become a popular one for movie makers after it was ignored since the birth of film.

Turkish film director Omer Sarikaya, who has had a major hit with “Silent Angel” and has an upcoming film called “‘Islamophobia”, says his next movie “Famine” will feature the amazing story of the Sultan of the Ottoman Empire who sent famine relief to Ireland and shamed Queen Victoria into doing the same. Sultan Khaleefah Abdul-Majid also reportedly sent four ships laden with food.

Read more: The real story of Queen Victoria and the Irish Famine on the anniversary of her Irish visit

Sultan of the Ottoman Empire, Khaleefah Abdul-Majid, who sent aid to Ireland during the Great Hunger.

The summary of the plot reads:

“Ottoman, a Muslim country, lends a charitable hand to Ireland during their hour of need.

In 1847 the Ottoman empire sent aid to Ireland during their hour of need, the great famine, the most devastating and traumatic period in Ireland's history.

This charitable act from a Muslim country to a Christian nation, separated by 4,000 miles, was an unlikely outcome. The Ottoman Empire was experiencing enormous internal difficulty but the Sultan Abdulmecid was determined to help the starving men and women of Ireland. A friendship between two different cultures was formed."

Sarikaya has said he has spent years researching the topic and now has backers for the film. The project has been in the pipeline since 2015 but in the new atmosphere and given the success of “Black 47” an action thriller set during the Irish Famine, Sarikaya’s move now stands a much better chance than before.

The full poster for the movie "Famine".

Sarikaya fell in love with this story, which was mentioned by Joyce in "Ulysses" :

"Even the Grand Turk sent us his piastres. But the Sassenach tried to starve the nation at home while the land was full of crops that the British hyenas bought and sold in Rio de Janeiro."

Sarikaya spent two years researching the story and was determined to bring it to the big screen. It was a true passion project for Sarikaya

The writer and director of “Famine” stated he discussed the film with Mel Gibson who has Irish roots, but Gibson’s agent denies anything has been signed.

Sarikaya has uploaded pictures of him posing with Gibson, claiming they spoke about the project when they met at the 2016 Venice Film Festival.

In an interview with the Irish Sun, he said: “Mel thinks the topic of the story is amazing.

"He loves Irish people and the country and he’s half Irish.”

Sarikaya added that "next year we are shooting this movie in Ireland and Turkey. We already have big investors and sponsors.”

Read more: Famine movie on its way but was it genocide by the British?

Here’s a short video on the history of the Turkish aid to Ireland during the Famine: