The critically acclaimed “Black 47” has achieved the highest opening for an Irish film in Ireland since John Crowley’s Oscar-nominated Brooklyn in 2015. 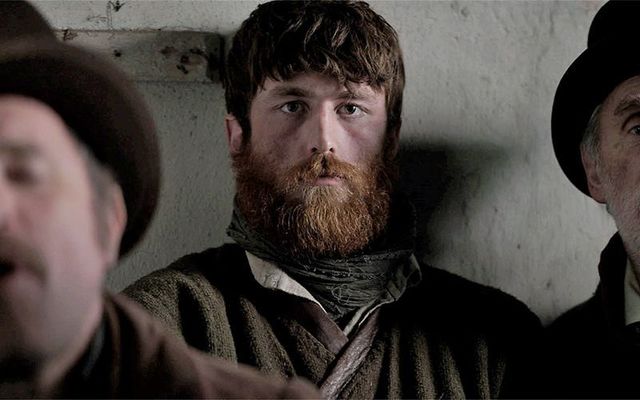 The critically acclaimed “Black 47” has achieved the highest opening for an Irish film in Ireland since John Crowley’s Oscar-nominated "Brooklyn", starring Saoirse Ronan, in 2015.

After just one weekend, which included sold out shows nationwide, “Black 47” is now the number one Irish film of the year across all of Ireland with a total box office of €444k including previews.  Republic of Ireland delivered €392k, with an impressive screen average of over €5k.  It is the biggest opening weekend of any Wildcard title to date.

Patrick O’Neill, MD of Wildcard said: “It’s a great result, and I am thrilled for all the staff in Wildcard and Fastnet Films, and especially director Lance Daly and producer Macdara Kelleher.  The filmmakers worked incredibly hard on the making of this brilliant film, and it’s very rewarding to see audiences from everywhere in Ireland turning out in such numbers to experience “Black 47” on the big screen.

The results for “Black 47” are a fine example of what can be achieved with a shared vision between filmmaker and distributor, and close co-operation from an early stage in the film-making process.”

James Hickey, Chief Executive Fís Éireann/Screen Ireland added, “Congratulations to Lance Daly, Fastnet Films and the whole team behind the epic Irish film “Black 47”. We are absolutely delighted to see Irish audiences coming out to watch this film in cinemas right across Ireland. “Black 47” has received support from Screen Ireland over a number of years from early script stage, right through to production, demonstrating our long-term commitment to investing in talent and developing important Irish stories for the big screen.

"As the first film to be set against the backdrop of the Irish famine, “Black 47” is important from a cultural perspective, as well as being a compelling thriller which will keep audiences on the edge of their seats. We hope the strong box office figures for this film, experienced over the weekend, continue into the coming weeks. We would encourage everyone not to miss this film.”

The box office news comes ahead of the films North American premiere at the Toronto International Film Festival (TIFF) this week and its UK and US cinema releases later this month on the 28th September.

The Toronto International Film Festival (TIFF) is regarded as one of the world’s most renowned film festivals and is generally seen as an early indicator of Oscar-worthy films.  Irish films that screened at TIFF which continued on to Oscar success include Lenny Abrahamson’s "Room", John Crowley’s "Brooklyn" and Nora Twomey’s "The Breadwinner" while international titles include "La La Land", "The King’s Speech", "12 Years a Slave", "Silver Linings Playbook" and "Argo".

IFC Films will distribute “Black 47” in US cinemas from 28th September.

Read more: Irish famine film rejected by Hollywood because it was “too heavy”