Trevor Noah, host of "The Daily Show," said that Ireland "is one of the places that helped me get comfortable with doing comedy the way I do it." 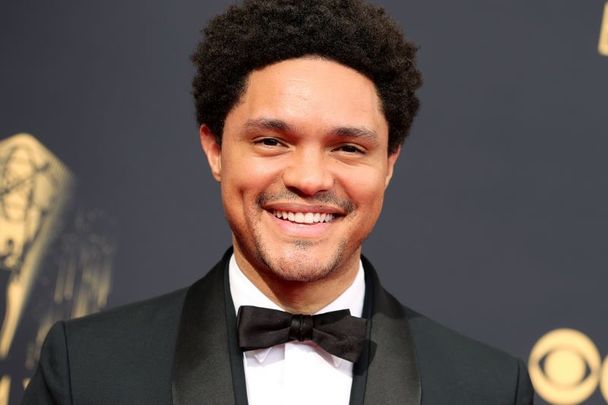 Who knew that an ordinary Irish fan changed the course of Trevor Noah’s comedy career?

"The Daily Show" host, who is bringing his 'Back To Abnormal World Tour' to Dublin on May 7, told RTE Radio last week that he used to be reticent to delve too much into politics and the state of the world while doing stand-up, but an Irish fan helped changed his mind.

Noah, originally from South Africa, told interviewer Oliver Callan: "I’ve always said this, and that’s one of my favorite things about coming out to Ireland.

"Ireland I've always credited as being one of the places that helped me get comfortable with doing comedy the way I do it."

Noah explained that comedy in America is "very joke dominant," while in his native South Africa it's more "storytelling" and "breaking down our existence through the lens of humor."

He said: "When I came to Ireland, I remember meeting audiences for the first time - I think it was someone who came up to me after a show and said, 'Hey, Trevor, why don't you talk more about apartheid?'

"And I said, 'Well, apartheid is a terrible thing to talk about.’

"He said, ‘Oh but that’s all we want to hear about here. That’s a great story and it’s a nice thing to introduce people to and to shape.’

"Ever since then, I've enjoyed being in a world where you can use humor to process everything - pain, pleasure, perplexity, whatever it is.

"And I think that’s something that I’ve found is a commonality between Irish people and South Africans, or any group of people who have been through long periods of pain. We found humor as a tool to process what happening,” Noah said.

"I have many memories of Dublin actually. One of my fondest memories, unashamedly, is the brown bread ice cream. That changed my life. Yeah, that actually changed my life forever,” the comic revealed. Can’t argue with that!