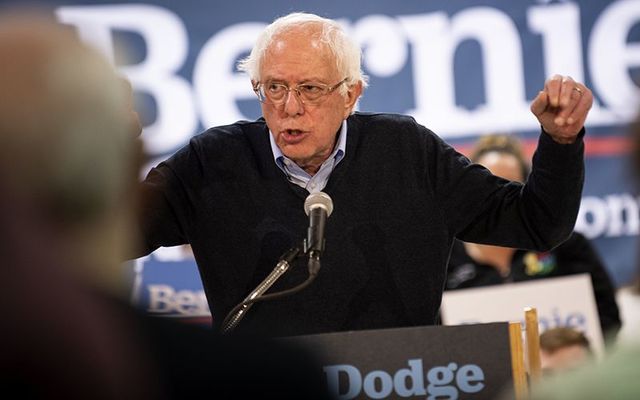 In one of his old public access TV shows, which have just been located, presidential candidate Bernie Sanders says the typical view of the Irish is that they  "get in fights because they are drunks, all the Irish are drunks"

Sanders made the comments to a classroom of children in December 1987 when he was mayor of Burlington, Vermont, and hosted a public access show.

Watch his comments at the 4.30 mark here:

Bernie Speaks With the Community, is full of footage of Sanders discussing relevant issues, mostly with schoolkids. His remarks on the Irish were part of a conversation about stereotypes: Blacks smell Sanders said he was told as a kid; Jews were greedy and selfish; Irish were drunk; Italian were Mafia.

However, The Daily Show host Trevor Noah took Sanders to task for voicing the stereotypes which Noah said the kids were clearly not aware of but would now repeat them.

Slate Magazine wrote that Sanders seems "acting exactly the same way he does today, whether he’s railing about injustice on the Senate floor or asking a bunch of five-year-olds whether or not they use cocaine. A full archive of Sanders’ series, which he made while serving as the mayor of Burlington, Vermont, in the 1980s, is now available online, so The Daily Show combed through it and assembled a few highlights.