Are you Irish living in America? This theater production wants you

The Mouth of the Shark will examine the many reasons why Irish citizens have chosen to leave Ireland for other countries. 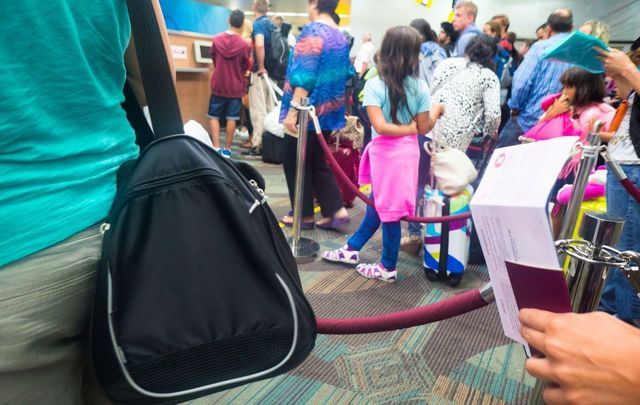 The Mouth of the Shark will examine the many reasons why Irish citizens have chosen to leave Ireland for other countries. iStock

New theater production The Mouth of the Shark is looking for stories on why Irish immigrants made their way to the US.

When we talk about Irish immigration to the US, we often talk about a need for an Irish person to leave their home to make a better life for themselves in the US, and that need is very often linked to some financial crisis in Ireland, or a high level of unemployment mixed with a low level of career opportunity.

Yet while many Irish do have a need to get out of the country, it’s not always one spurred on by financial gain or economic prospects but rather a need that was sparked by any one of a long list of traumas, abuse, or other issues that left a person feeling that they could no longer happily live their life in Ireland.

For those of us lucky enough to have left Ireland for an extended adventure, it can be hard to acknowledge that the place we happily left behind may have turned its back on others causing them to seek refuge elsewhere and it is on this assortment of voices that new theater production The Mouth of the Shark hopes to focus.

Are you interested in submitting your story to The Mouth of a Shark?

Holding workshops in New York on October 25 and October 26, the show, directed by one of Ireland’s foremost theater directors, Oonagh Murphy, aims to weave together these stories of Irish migration for a production that will first be shown in a new Dublin theater festival next year.

"The workshops are informal ways for us to meet with Irish people living in NY who would like to share their emigration story. We will chat, play one or two games, and do a couple of storytelling exercises," director Oonagh Murphy told IrishCentral.

Weaving together the stories of Irish emigration with contemporary stories of those who seek asylum in Ireland, The Mouth of the Shark questions “where do we get to call home?” at a time when anti-immigrant sentiment is growing on both sides of the Atlantic.

"Stories of people leaving because they were victims of institutional abuse. Stories of leaving to find personal, religious, social or political freedom. This is the less acknowledged history of migration from Ireland. But these narratives are part of our past, and demand retelling within the complexity of the Irish ex-pat experience."

The name The Mouth of the Shark comes from a popular poem by British Somali poet Warsan Shire entitle “Home”. The full line reads “No one leaves home unless home is the mouth of a shark” and has become something of a rallying cry for refugees and those working to support and aid refugees in battling against the anti-refugee rhetoric evident in portions of the population in both Ireland and the US.

If you are an Irish immigrant living anywhere in the world who left Ireland for social, cultural, or political reasons, you can submit your story to A Mouth of the Shark at themouthofashark@gmail.com.

For those living in New York, director Oonagh Murphy will be holding workshops in the Irish Arts Center on October 25 and 26: