It's not just Donald Trump who is having trouble with immigration, although in Europe the problems are very different... 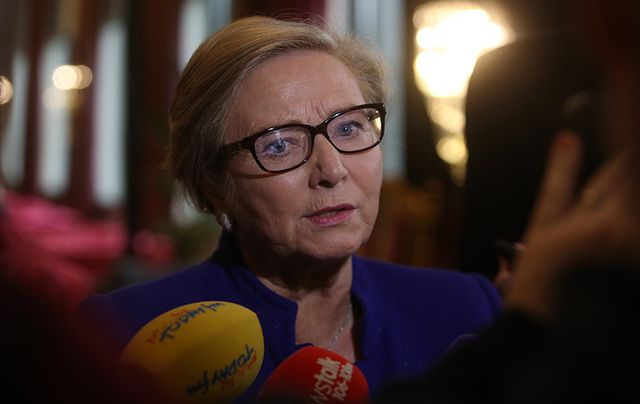 It's not just Donald Trump who is having trouble with immigration, although in Europe the problems are very different.  The EU leaders, including Taoiseach Enda Kenny, held a summit meeting in Malta last Friday to discuss the issue.  The aim was to agree the best way of tackling the ongoing problem of migrants crossing the Mediterranean from North Africa to Europe.

Another summer is approaching, and the numbers attempting the crossing will soar again with the arrival of calm weather.  If nothing is done hundreds more are likely to drown in the Med this summer when their overcrowded, cheap, inflatable boats founder.

Not that this dangerous traffic stops over the winter.  In the 24 hours or so before the Malta summit began on Friday, around 1,500 migrants were picked up by navy ships and fishing vessels in the Med and eventually landed in Italy.

But the numbers soar over the summer months, and EU leaders want to act before there are more incidents in which hundreds of migrants are lost.  We are all familiar with the dreadful pictures of the aftermath of these tragedies.

Two main routes were being used by migrant boats, the shorter crossing from Turkey to Greece in the eastern Med and the longer, more hazardous route from Libya to Italy across the central Med.

The first route has effectively been closed off by the deal reached between the EU and Turkey last year under which migrants arriving in Greece are now sent back to Turkey.  This has reduced migration through Greece by 98 percent.  We no longer see pictures of crowds of migrants walking from Greece through Macedonia and Bulgaria, forcing their way through borders as they head onwards for Germany and northern Europe.

The reason the EU leaders were meeting in Malta was to try to achieve the same outcome on the route across the central Med.  That, however, is going to be far more difficult since Libya is chaotic and the UN-backed government there is only partly in control.   The plan agreed by the EU leaders last weekend will provide equipment and training to the Libyan coast guard as well as funding targeted at the Libyan ports to help close down the people trafficking operations.

Whether this will work remains to be seen.  Most of those using this route are not war refugees from Syria or Iraq; they are economic migrants from sub-Saharan Africa in search of a better life in Europe.  The tendency of refugee support groups and some politicians to conflate the two does not help a general understanding of the problem.

The RTE lunchtime news did this again last Friday in an interview with a member of the humanitarian group Medecin Sans Frontiere (MSF) which was involved in the latest rescue on the Med. The presenter referred to hundreds of migrants being picked up, "including children,” an emphasis that plays on the emotions but ignores the fact that the vast majority of those rescued, as usual, were men.  When the MSF member said that almost all those picked up were from sub-Saharan Africa (rather than from war torn Syria or Iraq), this attracted no follow-up questions.

When people are in danger of drowning in the Med, MSF does not distinguish between economic migrants and refugees from conflict and obviously that is as it should be.  The same approach is taken by the navies down there.  But the deliberate conflation of the two by commentators and politicians is not helpful.

The conflict in Syria and the confusion and violence in Libya has provided cover and opportunity for economic migrants from various parts of North and Sub-Saharan Africa who long for a future in Europe.  In this digital decade we are all more than ever living in a global village, and even people in poor countries in Africa can see the lifestyle in Europe on smart phones, TV, etc.

One can't blame them for wanting to be part of it, but that does not mean there can be limitless immigration into the EU.  Nor should it mean they can sidestep EU rules on legal immigration.

Last year over 360,000 migrants/refugees crossed the Med to Europe by boat, and around 5,000 drowned in the attempt.  The TV coverage which this attracts skews attention away from what the EU -- including Ireland -- should be focused on, the plight of the genuine refugees from the war in Syria who have lost everything and now live a miserable existence in the camps in Lebanon, Jordan and Turkey.

There are five million of them, yet we hear little about them in contrast to all the coverage given to the relatively small number who have the money to get to Libya and then pay for a seat in a boat.

Coincidentally last week, the Minister for Justice and Equality Frances Fitzgerald, gave a major speech to a seminar held by the Irish Human Rights and Equality Commission on Ireland’s response to the global refugee and migration crisis.  The full text can be found online and is worth reading if you want to know what Ireland is doing -- or not doing.

It is, as you would expect, a model of political correctness and virtue signaling, carefully avoiding the kind of distinctions raised here and the difficult choices they would imply.  Instead, we get a kind of comfort blanket of do-goodery, telling us how wonderful we are for all we do for refugees/migrants. Fitzgerald is much too fond of patting herself on the back.

The reality is somewhat less inspiring.  Under the Irish Refugee Protection Program, set up over a year ago as our part of a Europe-wide effort to tackle the problem, we committed to taking in 4,000 refugees over a few years.  Given that there are five million Syrians in the camps, this is mere tokenism.

It makes us feel better and gives the impression that we are "doing something" in response to the upsetting pictures from the Med.  But even if we multiplied the program by 10, it would still be miniscule in relation to the numbers needing help.

Around 800 refugees have already arrived here since the program started, and they are currently arriving at around 80 a month.  Those who are coming to Ireland are being chosen in two ways: either Syrian refugees directly from camps in Lebanon, or refugee/asylum seekers who made it to Europe and are in camps in Greece.  The second strand is part of the EU relocation program designed to lessen the burden on Greece and Italy by spreading refugees who have arrived there across Europe.

Taking these refugees from Greece means we are rewarding them for crossing the Med, which may be adding to the problem.  Nor does the Irish government appear to see any contradiction between trying to relieve the pressure on Italy and Greece and at the same time having the Irish Navy running a rescue operation in the Med which lands more refugees in Italy and encourages even more to attempt a crossing.

It is possible that if EU funding to coastal areas in Libya succeeds in improving security and living standards there, the obvious solution of returning migrants rescued from boats to the ports they left in Libya might be considered in the future.  But no such decision has been taken so far.

One thing seems clear, if we want to help as many as we can.  It would be far better to use the money now being spent on rescue missions in the Med and resettlement programs in Europe to improve conditions among the five million Syrian refugees in the camps in Lebanon, Jordan and Turkey.   That is where the need is the greatest.

It would also allow the refugees to live as near as possible to their own country, until the time when they can return.  And it would avoid the problems of cultural difference that result in the kind of incidents we have seen among young male immigrants in Germany, which took in a million migrants, only half of whom turned out to be Syrian refugees.

Instead of having an honest discussion about such issues both in Ireland and elsewhere in the EU, the authorities have preferred to stifle the views of ordinary voters with political correctness and virtue signaling.   The result of this democratic failure by the liberal establishment is the rise of right wing parties across Europe, the vote in the U.K. for Brexit and the election of Donald Trump in the U.S.

Here in Ireland, like elsewhere in Europe, we have serious thinking to do about this issue.  The debate is already underway on talk radio shows and in comment columns in the press, where the views of ordinary people are in stark contrast to the pieties coming from official circles.