Inspired by the daughters of Arthur Ernest Guinness, Emily Hourican's historical novel "The Glorious Guinness Girls" is heading for television. 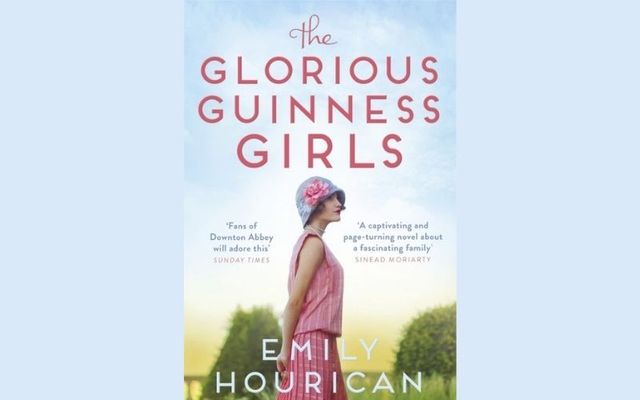 "The Glorious Guinness Girls" by Emily Hourican is being adapted into a drama television series. Hachette Books Ireland

Irish author Emily Hourican's novel "The Glorious Guinness Girls" is to be adapted for television.

Irish production company Treasure Entertainment has optioned the rights to adapt the book as a drama series.

The book, which is set during the turmoil of the Irish Civil War and the glamor of 1920s London, was published by Hachette in 2020.

The historical novel is inspired by the daughters of Arthur Ernest Guinness, founder of the iconic Dublin brewery.

The series will follow Guinness sisters Aileen, Maureen, and Oonagh, and their companion Fliss, reports C21Media.

IFTN reports: "The Glorious Guinness Girls are the toast of London and Dublin society. Darlings of the press, Aileen, Maureen, and Oonagh lead charmed existences that are the envy of many. But Fliss knows better. Sent to live with them as a child, she grows up as part of the family and only she knows of the complex lives beneath the glamorous surface.

"Then, at a party one summer's evening, something happens, which sends shockwaves through the entire household. In the aftermath, as the Guinness sisters move on, Fliss is forced to examine her place in their world and decide if where she finds herself is where she truly belongs."

The show is being produced by Treasure Entertainment’s Rebecca O’Flanagan and Robert Walpole.

O’Flanagan said: “We love Emily’s work and think this is such an exciting exploration of the family behind the international brand. The sisters’ stories are in equal parts glamorous, romantic, and tragic. And it’s so relevant today: it mines themes of identity, class, gender, and the need for purpose in a fulfilling life, but told through a gripping prism of wit and intrigue.”

Hourican said: “I’ve been impressed with the creative work of Treasure Films since seeing 'I Went Down' in 1997. Since then, I have loved so many of their films – 'Saltwater,' 'The Stag,' 'Handsome Devil,' among others – as well as TV including 'Smother' and 'Finding Joy.'

“So when Rebecca O’Flanagan first talked about taking an option on 'The Glorious Guinness Girls,' and bringing it to a TV audience, I was instantly enthusiastic. Since then, we have talked about what the project might look like, and I know that she gets the book, the girls, the era wonderfully – as well as having loads of fresh, exciting ideas.”