You've probably heard that Azealia Banks isn't our biggest fan but do we care? No. 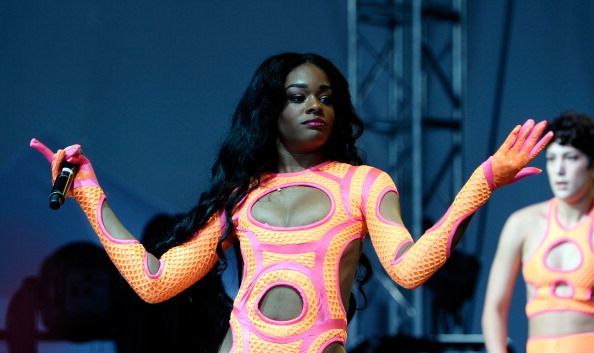 After US rapper Azealia Banks claimed she was the "first black Queen of Ireland" and said "Irish women are ugly," we're taking her anti-Irish tirade in good cheer.

New York rapper Azealia Banks may have lost herself a few Irish fans this week and the respect of a large number of Irish people all over the world who didn't even know who she was two days ago.

Not only did the controversial star massively insult Irish women but she quite crossed a line by dubbing herself the "First Black Queen of Ireland" and disrespecting our current Rose of Tralee Kirsten Maher.

And this was all before she even had a chance to ask us why we didn't have a famine to go die in!

It's been a busy few days of "inbred Leprechaun" bashing for Azealia but thankfully, we're made of tough stuff and Irish Twitter, as usual, has done us proud.

But calling Ireland a part of the UK?
I’m absolutely going to smash heads

laughing at Azealia Banks thinking she’s hard for making comments about the irish then going on to perform at her sold out show at the academy, sit down hun eoghan quigg sold it out in 2009 X

And sorry she's playing the ficking academy.
My Ma could sell out the academy!#AzealiaBanks

So now #AzealiaBanks thinks she can declare herself the Queen of Ireland?? 
Let me introduce you to our true Queen. pic.twitter.com/C9FrYX4Aav

KBC: "We must be the most despised bank in Ireland"

When #AzealiaBanks calls you an Oompa Loompa but this is her President pic.twitter.com/ZSzwKmeuNk

We can't see this affecting the reaction of any crowd across Ireland whenever "212" is played and to be honest, we still hadn't forgiven her for pulling out of Electric Picnic 2012 (twice) anyway.

What do you make of the rapper's comments? Let us know in the comments section below.