Some of the biggest movies ever were filmed in Ireland and we bet you never knew! 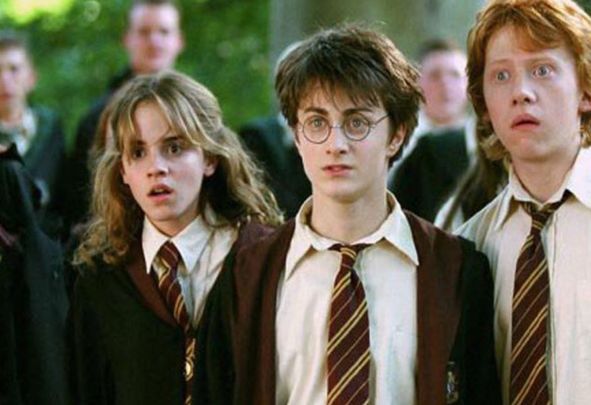 “Harry Potter and the Half-Blood Prince” – the scenes where Harry Potter and Professor Dumbeldore are battling with evil were filmed at the Cliffs of Moher, County Clare, and the rock the heroes stand

Some of the biggest movies ever were filmed in Ireland and we bet you never knew!

Ireland has a wonderful history on the silver screen. From John Wayne’s famous The Quiet Man to Roddy Doyle’s utterly irreplaceable Commitments, Ireland has a huge legacy in the film world. However, there are a couple of movies which have been filmed in Ireland but you might never guess.

Here are the top ten most surprising movies filmed in Ireland:

Following this Mel Gibson Hollywood blockbuster, the tourism industry of Scotland recorded a boost of over 100 percent. Little did the tourists know that most of the battle scenes were filmed in Ireland.

All scenes depicting London were shot at Bective Abbey, County Meath. The Battle of Stirling Bridge was filmed on the Curragh Plains, County Kildare and the scenes set in York were actually filmed at Trim Castle, County Meath.

The famous opening twenty minutes of “Saving Private Ryan”, which is set on D-Day on Omaha beach, was actually filmed in County Wexford.

Warning! This scene is not for the faint of heart.

Harry Potter and the Half-Blood Prince

In this number six of the eight films, there’s a dramatic scene when Harry Potter and Professor Dumbledore are battling evil. The camera swoops in towards some cliffs (the Cliffs of Moher, County Clare) and then we spot our two heroes standing on a rock (Lemon Rock, County Kerry).

This 1987 fairy tale tells the story of heroes whose goal is to rescue a beautiful princess, Buttercup. They are followed by a masked man in black across the sea and up the Cliffs of Insanity (again the Cliffs of Moher, County Clare).

This film is a childhood favorite of million with a star-studded cast including Mandy Patinkin, Cary Elwes, Andre the Giant, Peter Cook, Billy Crystal, and many others.

In this 1969 classic, starring a very young Michael Caine, all of the jail scenes were actually filmed in Kilmainham Jail, in Dublin.

This is a hugely historically important location for Ireland. This is where many leaders of Irish rebellions were imprisoned and some executed in the prison by the British and latterly in 1923 by the Irish Free State.

This 2004 incarnation of the legendary tale of King Arthur and the round table was mostly filmed in Ireland.  The movie starred Clive Owen, Ioan Gruffudd, Ray Winstone, and Keira Knightley.

Britain’s beautiful old buildings and structures were in fact mostly filmed in Ardmore Studios, County Wicklow. What might have seemed to be Hadrian’s Wall was, in fact, Ballymore Eustace, County Kildare, and the Luggala and Powerscourt Estates in County Wicklow were also used.

This 1975 Stanley Kubrick classic tells the story of an Irish rogue who goes off and joins the British Army. All is not exactly what you might think in this film, though.

The Spy Who Came in from the Cold

Based on a John le Carre novel this is a brilliant spy movie starring Richard Burton and filmed in Berlin, or so they would have you think.

Though you might think you’re looking at Checkpoint Charlie, in Berlin what you’re actually looking in Ardmore Studios in County Wicklow.

This is a terrifying psychological thriller starring the amazing British comic, Lee Evans. It tells the tale of a man who has served a jail sentence for three murders did not commit and has decided to live underground.

The entire movie was shot in the Crumlin Road prison just outside Belfast City.

Though it might not count as a movie it might surprise you to know that every little scrap of the Jonathan Rhys Meyers, tv series, “The Tudors” was shot in Ireland.