Born on a small farm in Kerry Matthew Dowd led the NYPD for one of America’s most feared killer David Berkowitz. 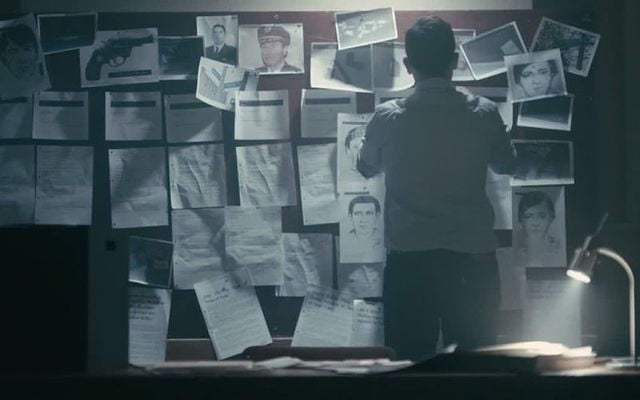 Born on a small farm in Kerry Tim Dowd led the NYPD for one of America’s most feared killer David Berkowitz.

A new Irish documentary sheds new light in the hero NYPD inspector, Tim Dowd who led the manhunt that caught the "Son of Sam” one of America’s most feared killers. Dowd’s early life on a small farm in Kerry is explored as well as his amazing rise through the ranks in the NYPD.

TG4 the Irish language station's new documentary "Son of Kerry - Son of Sam" (film has subtitles) explores Dowd's Irish roots, his inner thoughts as relayed by his family about Sam and his stoic approach to catching a killer, working methodically and tirelessly until Sam was caught. It reveals his love for TV cop Columbo the only show that even remotely matched real life he said.

The serial killer David Berkowitz announced himself after one of his more brutal killings in the summer of 1976 “I am the ‘Son of Sam’…Police—Let me haunt you with these words; I’ll be back! I’ll be back!... Yours in murder Mr. Monster.” And, thus, the Son of Sam legend was

On May 30, 1977, columnist Jimmy Breslin received a letter which began, in the best Jack-the-Ripper manner: “Hello from the gutters of N.Y.C. which are filled with dog manure, vomit, stale wine, urine and blood.”

You had to hand it to Sam, he had flair—and Breslin had found a demented friend that would make his column the most read in the city. Deputy Inspector Tim Dowd, from near Killarney, the man running the investigation, told Breslin to print the letter, in order to draw the killer out.

The Irish played a big part in the apprehension of David Berkowitz, AKA Son of Sam. Berkowitz seemed obsessed with Breslin. He sent him two letters and used his neighborhood as a hunting ground. Breslin was so concerned with Berkowitz that he moved his family out of his Forest Hills home. Years later, Breslin, with a shrug, confided to me that he thought he was being stalked by Berkowitz.

After the Son of Sam Esau-Suriani murders, Tim Dowd was put in charge of “Operation Omega,” which would eventually be staffed by 300 members of the police force. With all that manpower and the power of CSI—no DNA yet—one would think Berkowitz would have been apprehended with over-the-top police work. It would not come down to fancy forensics or eyewitnesses. It would be a lot more mundane. It would come down to a parking ticket. During the investigation, Dowd said his job was “to prepare to be lucky.”

The cops finally got the rub of the green. On his last attack, Berkowitz’s car was ticketed because it was too close to a fire hydrant, ironically by the same cop who was first on the murder scene after Berkowitz fled.

A local woman, Cecilia Davis, walking her dog, a white terrier named Snowball saw Berkowitz return to the car his arm held stiffly by his side, holding the gun he had just used. He stared her down. Disconcerted, she took off for home and heard shots as Berkowitz fired after her. Terrified, she did not report the incident until four days later. When the police pulled the tickets, it led them to Yonkers and David Berkowitz. Unlike his terror, his surrender did not end with a bang, but rather a whimper. He was arrested on August 10th outside his apartment without incident. New York’s summer of fear and agony was over.

Matthew Dowd, the NYPD cop who hunted down down the "Son of Sam."

Dowd died in 2014 at the age of 99. In an extraordinarily colorful obituary in the New York Times, his daughter admitted that he had a great affinity for a detective named Columbo. The pesky TV detective struck a chord with Dowd. “That’s how it’s done,” he told his daughter. The persistence of Columbo and the luck of the Irish would combine to capture Son of Sam. When Dowd finally met Berkowitz, he did not come off as a daring, badass Jack-the-Ripper wannabe as his brazen letters to Breslin intimated. All Berkowitz could say was a rather banal “Inspector, you finally got me. I guess this is the end of the trail.” In the end, he turned out to be more mundane than Jack-the-Ripper and Dowd got his man.