While the singer-songwriter publicizes her new book she's also bringing up some old controversial feuds. 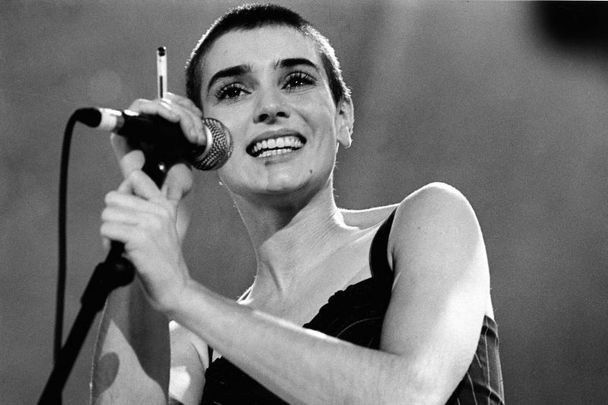 With her highly anticipated, no doubt juicy autobiography Rememberings set for release on June 1, Sinead O’Connor is turning back the clock, sharing a number of old photos on her social media feeds as she gears up for the publicity rounds.

There’s Sinead as a schoolgirl, another making her First Holy Communion, and then one in her collar when she became a breakaway Catholic priest – remember that?!   Her book, many years in the making, should be chock full of some great stories and some shocking ones too – Sinead has never been one to hold back.

“FYI I believe you'll get several chortles from the book ; ),” she tweeted from her @MagdaDavitt77 account – Magda being one of the names she assumed during her life and times.  A few years back she converted to Islam and started calling herself Shuhada Sadaqat, but commercially she’s still known as Sinead O’Connor, the one and only.

The singer seems to be in a great place in her life now and told her followers that she got vaccinated last week. “Jesus ... can't stay awake today after vaccine...otherwise no side effects,” she reported to her more than 71,000 Twitter followers.

Sinead also re-ignited her recent feud with Piers Morgan, Meghan Markle’s chief criticizer.  Though Sinead was interviewed by Piers a couple of years back and they seemed to hit it off, she’s none too pleased that he’s so critical of the American duchess.

“So far the only side effect of the Covid vaccine that I'm experiencing is something resembling nausea,” she tweeted the day she received the jab. “But that could also be because I've been watching Piers Morgan re-runs of him paying his mortgage by prostituting Meghan Markle.

“Piers doesn't realize of course, (because his grotesque vanity prevents him) that there are monsters of men waaaaaaay above his pay grade pimping him, so that it's he who is in fact the ball licker, not the young and pregnant Duchess of Sussex. Whom he wishes to be.”

Guess that’s one interviewer who Sinead won’t be plugging her book with!