Hollywood A-lister Sharon Stone was only delighted to speaking with an Irish interviewer during PR rounds for her new book. 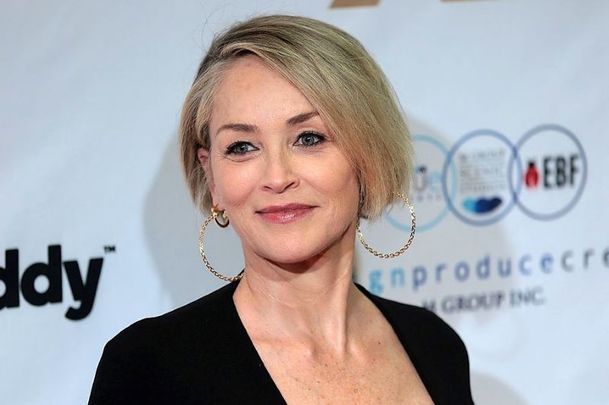 Sharon Stone is everywhere these days promoting her new autobiography The Beauty of Living Twice which has attracted rave reviews, and her PR rounds gave her a chance to talk about her Irish pride.

She’s often talked about her Irish roots before – her people came from Galway during the Famine times – and Stone told the Sunday Independent interviewer, Emily Hourican, that she was happy to speak to a fellow member of the tribe. The Zoom chat, as it happens, took place on March 17, St. Patrick’s Day.

“I’m so happy to talk to somebody Irish because only Irish people know that we scream at each other, and then tell each other we love each other.

"You scream and cry for a couple of days, then you’re all, ‘We’re okay again,’ and everyone else is like, ‘What’s wrong?’ Nothing’s wrong, we’re good now. We’re Irish!” Sharon said.

The actress, still gorgeous at 63, was wearing a necklace that was a gift from one of her Irish friends, her “godmother” Betty Williams, the Northern Irish peace proponent who won the Nobel Peace Prize in 1976 for her advocacy work.   Williams died last year.

“Betty gave (the necklace) to me the last time I saw her. I came to visit her in Belfast just a couple of months before she passed away. I know that Betty’s real desire was unity and that’s what she hoped for. She hoped that the mothers would step forward and create unity,” Stone said.

“And I’d like, on her behalf, to suggest that we all just take a moment and remember St. Patrick, and we remember Betty Williams, and (fellow peace activist) Mairead Corrigan and what they tried to do, and we as women and mothers take just a moment out of our day, and create a little bit more unity than we had before.”

Sharon’s childhood was a tough one, as she writes in her brutally honest book. Her parents “did a horrible, beautiful, awful, amazing job with us…We came from poverty and violence…We were tough, we were Irish, we looked richer than we were. We had pride, if nothing else.”

Among the scars she reveals for the first time is the sexual abuse she and her younger sister endured at the hands of their grandfather. And a bunch of Holly-weird stories, including one about a surgeon who enlarged her breasts without her prior consent.