The Pogues singer will enjoy thousands of euros extra in his bank account this holiday season thanks to a popular UK Christmas advert. 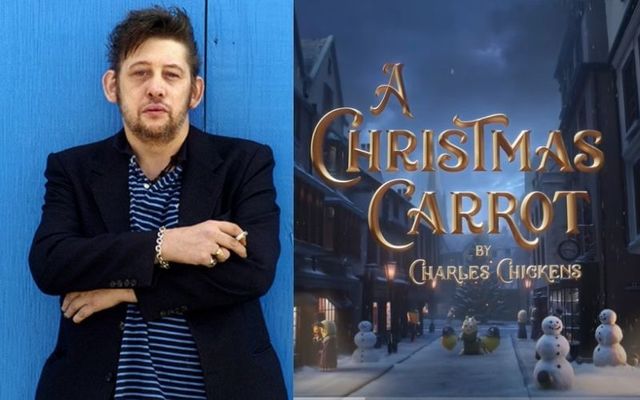 The Pogues lead singer can expect a Christmas surprise from his royalty check this year.

According to the Sunday World, Shane McGowan, frontman of the Irish band "The Pogues", will enjoy thousands of extra euros in his bank account this year thanks to an instrumental version of "Fairytale of New York" being used in the supermarket chain Aldi's UK Christmas advert.

McGowan is currently recovering from a broken knee in his home in Dublin and his wife Victoria Mary Clarks told the Sunday World that "Shane is still resting after breaking his knee so he has not seen any telly [television ]... But he has seen the Aldi ad and of course, he's very pleased with it."

McGowan co-wrote the festive favorite with bandmate Jem Finer in 1987 and it's reported that the pair get around €250,000 each in royalties every year due to radio and TV airplay.

It is the second most profitable Christmas record in terms of dividends for its writers after Slade's Merry Christmas Everybody.

The original version of "Fairytale of New York" was released in 1987 with Kirsty MacColl singing the female vocals and became a touchstone of the Irish immigrant experience in the US in addition to a fiercely beloved Christmas classic.

Recently this year McGowan also released "A Furious Devotion: The Authorized Biography of Shane MacGowan", which documents the formative trips to his mother's home in County Tipperary, the explosion of punk that changed his life, and the drink and drugs that nearly ended it.