Saoirse Ronan is teaming up with her friend and previous co-star James McArdle for 'The Tragedy of Macbeth' at London's Almeida Theatre. 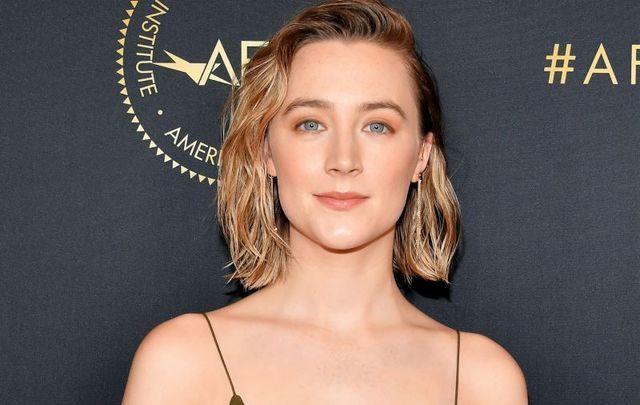 Saoirse Ronan is deep into rehearsals in London for her stage debut there in "The Tragedy of Macbeth" and she’s thrilled to be part of the rebirth of live theater after more than a year in mothballs.

“I’ve found it strangely moving going past the queues outside now that it’s open again, and that’s just for scaled-down productions,” Saoirse Ronan told the new issue of British Vogue.

“When the theater is finally at capacity, there will be so much goodwill in the audience. It will hardly even matter if a play is bad.”

James McArdle, her friend and co-star in "Mary Queen of Scots" and "Ammonite" will play Macbeth, and he’s thrilled to be working with the four-time Oscar nominee again.

“I got down on one knee and asked her to be my Lady Macbeth in the most romantic spot in Scotland: Leith,” he joked to Vogue.

The magazine confirmed what’s been rumored for quite some time now – Saoirse is in a relationship with Scottish actor Jack Lowden, 31, another "Mary Queen of Scots"co-star.

“Having now achieved the level of fame where public transport is a no-go, she opts to live as quietly as possible between Dublin, London and the north of England, with her long-term boyfriend Jack Lowden, another Scottish actor,” Vogue reported.

No Met Galas for Saoirse and Jack, but maybe he’ll be at the Almeida Theatre when The Tragedy of Macbeth opens on October 1. (The run concludes on November 20).

Saoirse is excited for the chance to do something different with her career, she says. “Doing theater sharpens you so much as an actor. It requires a different stamina to film. It’s wonderful to be able to act in a medium that you’re comfortable in, but you do reach a point when you’ve been doing it for so long, you need a different angle to keep you stimulated.”

Here is some promo footage on the upcoming play “The Tragedy of Macbeth”:

*This column first appeared in the September 23 edition of the weekly Irish Voice newspaper, sister publication to IrishCentral.