Saoirse Ronan and Kate Winslet get rave reviews for "Ammonite" 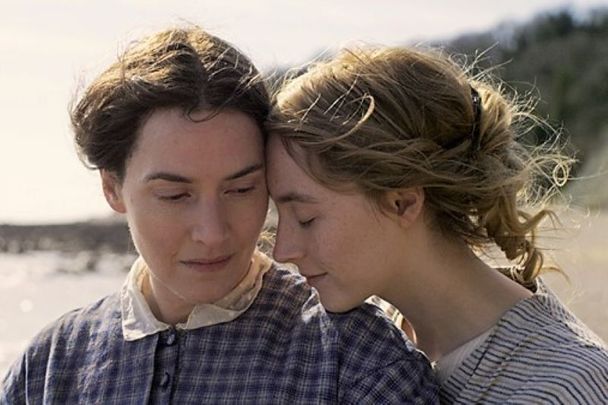 It’s time to talk up Saoirse Ronan’s Oscar prospects again, as her new film "Ammonite" is generating all the usual acclaim.

The 26-year-old four-time Academy Award nominee stars in "Ammonite" with Kate Winslet, which premiered last week at the mostly virtual Toronto International Film Festival, one of the traditional big autumn events leading into what will surely be a strange 2021 awards season.

Saoirse and Kate’s characters fall in love in the circa 1840s film, and Ammonite has been garnering headlines for its female-on-female love scenes–even though it’s 2020. Thankfully, the likes of the disgraced Falwells no longer hold sway over public opinion, so we’ll leave it to the professional critics to weigh in on the film. And most of them loved it.

“No matter how angry, frustrated, professionally blocked, and otherwise out of sorts the two women in Ammonite are, they make for unusual and compelling subjects for a film that should generate considerable excitement and debate after it can finally make its way into the world at large,” Todd McCarthy for Deadline opined.

David Rooney from The Hollywood Reporter is even more effusive: “Both Winslet and Ronan are fully vested in their characters, neither of them holding anything back in a depiction of physical love that's both transporting and restorative. So much is conveyed in brief glances or quick touches that the movie's romantic ignition makes your heart race.”

Seems like Saoirse and Kate had a great time working on the film. "She was a real supporter of me doing it, so she was behind me from the get-go, which was brilliant. We talked a couple of times on the phone, because I was doing Little Women around the time I was talking to (director) Francis (Lee) about the film," Saoirse said last weekend during a virtual interview.

Seven-time Oscar nominee and one-time winner Winslet, Saoirse says, “is very personable, friendly and open. We were really lucky. Two women getting to come together, especially in the intimate scenes, being able to choreograph that ourselves was a new experience for me. It was great to be able to do that with Kate."

Ammonite is set for a theatrical release on November 13.