Conor McGregor and his trash talk were used to threaten Matt Drudge over his comments on Steve Bannon. 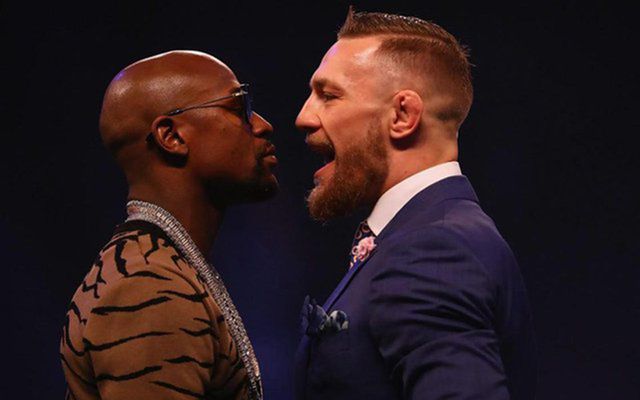 Conor McGregor and his trash talk have been pulled into the White House roller coaster as Sam Nunberg says he would blow Matt Drudge "the fook up". YouTube

Seems some friends of White House strategist Steve Bannon want to blow Matt Drudge up. Sam Nunberg, a former top aide to Donald Trump and a key friend of white nationalist and Trump adviser Bannon, has taken grave exception to attacks by on Bannon by Matt Drudge through his very influential Drudge Report.

“Matt should go back into his hobbit hole in Miami and listen to techno,” the former Trump campaign adviser said.

Nunberg told me he will "blow" McMaster and Drudge "the fook out" That is how he spelled it out to me. https://t.co/QVZm8rGlbj

Drudge has been defending National Security Advisor H.R. McMaster who has become the target of attacks by the Bannon-led alt-right media. At the weekend McMaster refused to say whether he could work with Bannon or not. Drudge dislikes Bannon for reasons unknown

Axios, an influential online site, has also stated that Bannon’s job is in jeopardy. Nunberg told TheDC that he was “very perturbed” by the Axios story.

“Matt should understand there will be serious fucking consequences if he continues this jihad against Steve Bannon,” Nunberg told The Daily Caller.

“I was somebody with [Trump] for four and half fucking years who understood and came up with a formula to win … Matt Drudge is somebody who wants web traffic.”

I am going with Conor- he is going to fook Floyd up. https://t.co/Wj06RZKaLc

He added, “I’ll get the conservative radio to talk about how Matt Drudge pushed out Steve Bannon so McMaster can control the White House.”

“Nobody elected Donald Trump for McMaster to be in the West Wing,” the former adviser said.