Provided courtesy of The Irish Film Institute, Roy Spence's 'The Attack of the Saucer People' is the perfect sci-fi choice to get you ready for Halloween.

In Partnership With
Irish Film Institute 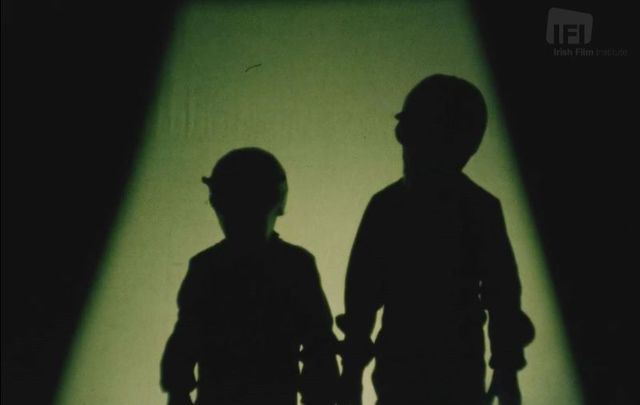 Whether you’re looking to get a little spooked ahead of Halloween, or in search of some vintage alien costume inspiration, Roy Spence’s ‘The Attack of the Saucer People’ has just what you’re looking for.

Read More: Forget "Darby O'Gill and the Little People!" This film has all the leprechauns and banshees you need

Included in the Irish Film Institute’s Roy Spence Collection is the 13-minute film ‘The Attack of the Saucer People’ which follows Roger, a ciné enthusiast, who enlists the support of fellow ciné-club members in the making of an amateur, sci-fi film.

After inadvertently filming an actual alien spaceship, his group thinks he has upped his special effects budget and suspect nothing’s amiss. It won’t be long before Roger is paid another visit by the little green men, but will this be the end or will there be a sequel?

The Irish Film Institute writes: “Roy Spence is an award-winning amateur filmmaker. For the past 50 years, Spence has been making and screening a series of remarkable and sometimes eccentric films in his cinema in Comber, Co. Down. The films span many genres from sci-fi to horror to folk-life documentaries shot between 1965 and 1986."

"His collection of over 40 films (13 documentaries/non-fiction and 29 fiction feature films) is held and preserved in the IFI Irish Film Archive. To watch more of the Roy Spence Collection click here.”

The video below is published with thanks to the Irish Film Institute (IFI), whom IrishCentral has partnered up with throughout 2019 to bring you a taste of what their remarkable collection entails.

You can find all IrishCentral articles and videos from the IFI here.

Read More: "The Thing" removed from Dublin City Center after years of controversy