Rachel Duffy, the Westmeath Rose, will be heading to New York for St. Patrick's Day, where she will be taking part in the city's famous St. Patrick's Day Parade as the reigning Rose of Tralee. 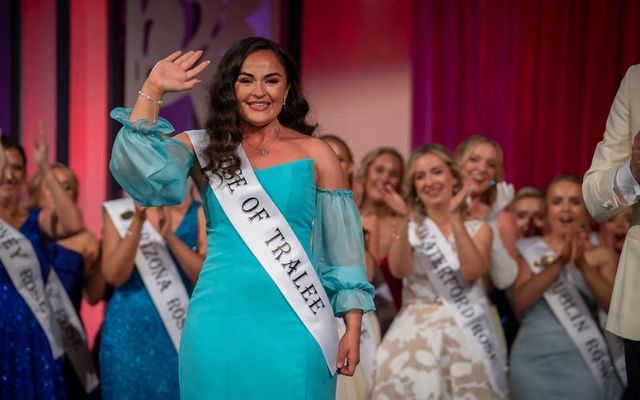 The Rose of Tralee Rachel Duffy.

The 2022 Rose of Tralee Rachel Duffy has said she is "really looking forward" to her visit to the United States in March next year.

"I’m really looking forward to that. The last time I was in America was 2019, pre-Covid. During Covid, it was kind of hard to know if I’d ever get to travel again. Now, being able to go to all these places is unreal," Duffy said.

Duffy was speaking during a visit to Midlands Regional Hospital in Mullingar last week. The 2022 Rose met staff working in the hospital's pediatric unit in addition to several young patients during the visit.

She said she has remained local since winning the Rose of Tralee two months ago, adding that it has been nice to prioritize local events.

"The first few weeks were very busy, in the sense that I didn't really know what I was doing or where I was going. I was just trying to figure out my life. I had to get my affairs beginning with my withdrawal from my college Masters," Duffy said.

"When I had all that figured out, I took two weeks off to get myself organized. Since then, I’ve been busy locally, which has been quite nice, because at the end of the day I’m the Westmeath Rose. It’s nice to be able to prioritize local events."

Duffy will be representing the Rose of Tralee on the international stage in the coming months.

First, she will travel to Kolkata, India, with the Hope Foundation, a charity promoting the protection of slum children living in some of the poorest parts of India.

She will also be traveling to Frankfurt, Germany, to turn on the city's Christmas lights.