WATCH: New Rose of Tralee not bothered by tiara hoopla

The new Rose of Tralee Rachel Duffy says "you don’t need a tiara to be valuable and to be special." 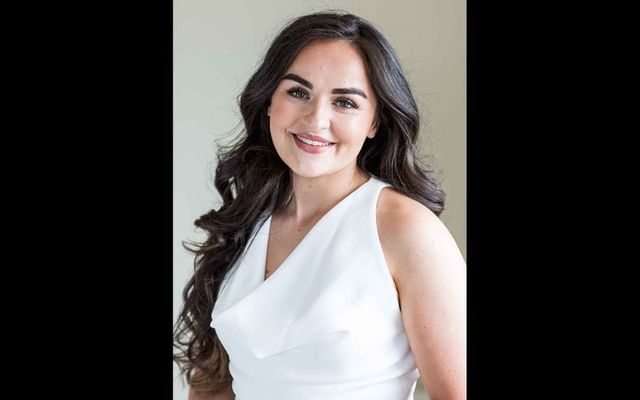 Rachel Duffy, 23, was shocked when she was named the 2022 Rose of Tralee last night in Tralee, Co Kerry, but viewers were equally as shocked when the Westmeath contestant wasn’t crowned with a tiara.

The Rose of Tralee has, in years past, been crowned with a bespoke tiara from the festival's lead sponsor Tipperary Crystal.

Duffy told Radio Kerry the morning after being named the 2022 Rose of Tralee that she is not bothered "at all" by not receiving a tiara.

"To be honest, I didn't even think about it until I'd heard other people saying it," Duffy said.

“Look, I think tiaras are beautiful, but you don’t need a tiara to be valuable and to be special and I think that’s an important message for young girls out there watching the Rose of Tralee," she said.

"Little girls, it’s not about the tiara.”

On Twitter, Radio Kerry presenter Jerry O’Sullivan elaborated, saying: “Last year the Rose of Tralee International Festival conducted a survey among the public about their views of the event.

“Feedback indicated the public wanted to move away from the visual pageantry elements of the event, such as the tiara, and to move with the times.

“It was a conscious decision NOT to have a tiara.”

Indeed, the 2022 Rose of Tralee signaled a sort of new era for the festival that dates back to 1959. This year, festival organizers expanded the qualifying criteria- married women are now allowed to compete, the age restriction has been raised from 28 to 29, and transwomen can enter.

The changes may have had an impact on the viewership of the televised event that returned to RTÉ on Monday and Tuesday for the first time since 2019 after two pandemic postponements.

Radio Kerry reports that over 1.3 million people tuned in to watch the live televised selections during the two days, while over half a million people watched Duffy being crowned as the 2022 Rose of Tralee on Tuesday night.

People tuned in from over 80 countries including the UK, the US, and Australia. There was also a growth in streaming from the United Arab Emirates.

Social media contributed to the popularity of the Rose of Tralee shows as there were 1.6 million views and counting; it also trended number 1 in Ireland on Twitter on both nights.