Rory McIlroy's involvement in the new Netflix docuseries "Full Swing" was reportedly a secret until the trailer was released. 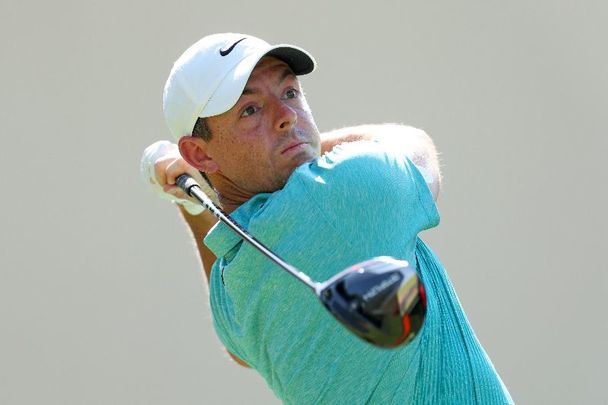 November 17, 2022: Rory McIlroy of Northen Irleand plays his tee shot on the 3rd hole during Day One of the DP World Tour Championship on the Earth Course at Jumeirah Golf Estates in Dubai, United Arab Emirates. Getty Images

Netflix has released the trailer for its upcoming docuseries “Full Swing,” which follows the PGA Tour and its biggest players, including Co Down native Rory McIlroy.

“If I want the game that I love to be played by future generations, the game needs to be pushed forward,” McIlroy says in the newly-released "Full Swing" trailer.

According to Golf.com, McIlroy's involvement in the new Netflix docuseries was a secret until the trailer was released on January 11.

According to Netflix, "Full Swing" follows a diverse group of professional golfers on and off the course across a relentless season of competition — enduring a high-stakes schedule week in and week out on the PGA TOUR.

The cameras will follow golf’s biggest events for the first time ever including THE PLAYERS, the Masters Tournament, PGA Championship, U.S. Open, The Open Championship, and the FedExCup Playoffs.

The documentary will give fans a chance to get to know the players through their wins and losses and witness what it takes to compete – and succeed – at the highest level in men’s professional golf throughout the PGA TOUR season, Netflix says.

Netflix blog Tudum notes: "In addition to documenting their failures and wins on the course, the series digs deeper into the personal lives of some of the most talented golfers in the game — their families, rivalries and an impressive amount of drama."

“Full Swing” was produced in partnership with the PGA Tour by Vox Media Studios and Box to Box Films, the company behind Netflix’s “Formula 1: Drive to Survive,” reports Variety.

"Full Swing" will debut worldwide on Netflix on February 15.