"Riverdance: The Animated Adventure" will be available to stream on the platform from January 14, 2022. 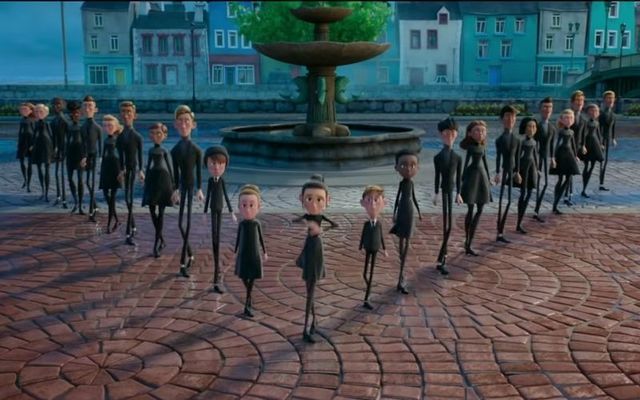 An animated film inspired by the famous Irish dancing show "Riverdance" is set to hit Netflix early next year.

"Riverdance: The Animated Adventure" will be available to stream on the platform from January 14, 2022, and tells the story of a young boy called Keegan, who is struggling to find his love for Irish dancing after the death of his grandfather (played by Pierce Brosnan).

Keegan and his Spanish friend Moya journey into the mythical world of the Megaloceros Giganteus shortly after his grandfather's death, where they learn about the magic of Riverdance and the danger of the Huntsman (Brendan Gleeson) from a herd of magical elk, including the cartoon-rendition of Michael Flatley.

Whelan has composed two new songs for the animated film, including "Light Me Up", which is sung by Irish singer Lyra and appears in the film's end credits.

He also composed a remix of the traditional Riverdance music, which also appears in the credits.

Moya Doherty, who co-founded Riverdance and produced the new animated film, told the Irish Times in May 2021 that the film "reinforces the deep connection of Riverdance to Irish culture both at home and across the globe".

She added that the film introduced the Irish dancing phenomenon to a new generation "who will be experiencing Riverdance for the first time".