Irish actors cast in leading roles in the most anticipated films of the season, while others are already making record box office bank. 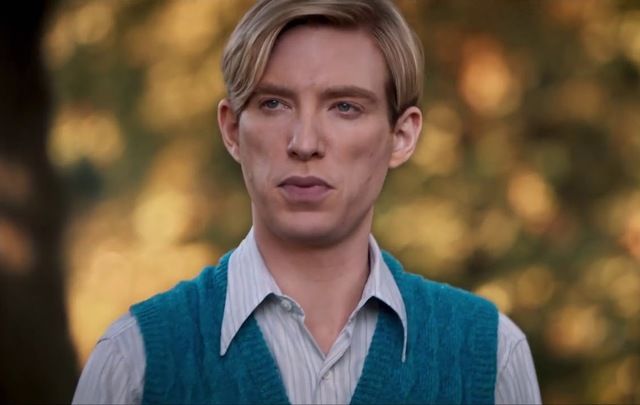 This autumn will be the most record breaking in the history of Irish film acting, with Irish and Irish American movie stars burning up the box office in numbers never before seen. What's new is how many Irish actors have been cast in leading roles in the most anticipated films of the season.

In no particular order, there is Domhnall Gleeson, who will take up the lead actor role in the bittersweet biopic Goodbye Christopher Robin (opening October 13). Based on the life of beloved Winnie the Pooh children's author A.A. Milne, his world famous books brought his family riches but at a terrible cost to his son, the young boy who inspired them.

Christopher came to loathe the world's attention and found that fans would not allow him to stop being the boy in the books, even after he'd had his own childhood capsized and been forced to grow up at a clip. What looks like success comes to feel like failure in this sober examination of the reality behind all the make believe.

Gleeson will also co-star in Star Wars: The Last Jedi which opens on December 15 and is a guaranteed blockbuster.

Colin Farrell will return in The Killing of a Sacred Deer, a joltingly dark psychological horror film directed by the auteur Yorgos Lanthimos (who previously cast Farrell in the equally nimble The Lobster). This time Farrell plays a morally bankrupt cardiologist with no heart whose choices unmoor his family.

Farrell's doctor begins an inexplicable relationship with a 16-year-old boy (played with unsettling menace by Ireland's rising star Barry Keoghan). The film wowed at the Cannes Film Festival and has been a critical favorite before it has even found a public screening (it opens November 3).

Michael Fassbender's pitch for the world's top leading man is further strengthened by his turn in the fast paced horror thriller The Snowman (opening October 13) based on the bestselling book. Playing the lead detective of an elite crime unit, he's called in to investigate the work of what he suspects is a criminally insane longtime serial killer on the loose.

“I don’t get that from the books at all,” he told The Telegraph. “What we’ve tried to do is have this man (detective Harry Hole, Fassbender's character) within a chauvinistic environment, the police force, and to make it clear that he doesn’t judge people on whether they have a dick or not. We see that very much with Rebecca Ferguson’s character (she plays police officer Katrien Bratt). He’s inspired by her.”

Saoirse Ronan is back in what looks like one of the most instantly iconic film roles of her young but already remarkable career. In Lady Bird, written and directed by actress Greta Gerwig, she plays a precocious teen on her impatient journey toward the adult world with a rare degree of honesty and perceptiveness.

Gifted with a near miraculous 100 percent rating on Rotten Tomatoes, critics have already fallen under the spell of Ronan's heart on a sleeve performance. Lady Bird, which opens on November 10, is that rare thing, a coming of age drama that doesn't patronize the kids or the adults, which is why the film is already eliciting Oscar buzz for its acting ensemble but most especially for Ronan herself, who alternates between teenage hormonal storms to moments of piercing sincerity. It's an absorbingly complete portrait, in other words, and it promises to make 2018 Ronan's year.

Look for stalwart Pierce Brosnan in The Foreigner, which opens on October 13. IMDB describes the action film as “a humble businessman with a buried past seeks justice when his daughter is killed in an act of terrorism. A cat-and-mouse conflict ensues with a government official, whose past may hold clues to the killers' identities.”

Irish stars - the next generation

Things are only looking better for the next generation of Irish film talent. Waiting in the wings is a new stable of tomorrow’s stars, all of them tipped for great things.

Dublin-born Gibson, 22, is best known for his role in The OA, while O'Shea, 20, made a strong impression opposite Moe Dunford in the breakout Irish hit Handsome Devil.

What this all amounts to is a bumper crop of Irish film talent on the rise and it suggests that the Irish film industry will soon enjoy the opportunities that Hollywood stars at this level bring with them. It's a good time to be an Irish actor.