Dub star "was amazing and he is such an incredible actor. He is very funny and a wonderful person." 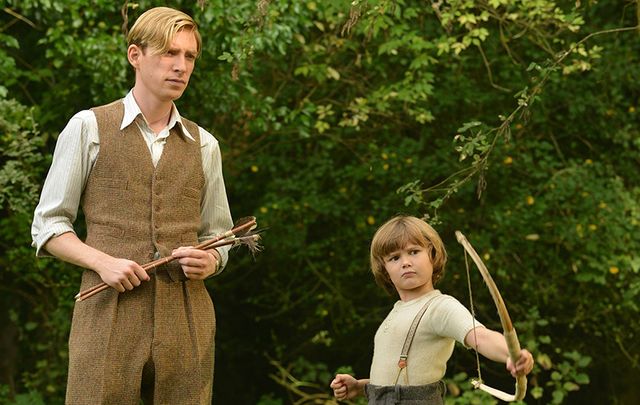 Expect to see lots of Domhnall Gleeson in the next few weeks as he has a slew of high-profile films slated for release.

The Dublin-born actor and son of Brendan Gleeson hit the red carpet in London last week for the world premiere of his new film Goodbye Christopher Robin, about the life and sometimes turbulent times of Winnie the Pooh creator A.A. Milne and his son C.R., best known to legions of Poo fans as Christopher Robin.

The movie has earned some pretty decent reviews – it opens here on October 13, and Gleeson stars as Milne.  DG says the experience on set was pretty magical.

"It's a wonderful cast. I would work with all of them again. Margot Robbie is wonderful. She is brilliant to be around and a really good person and actor. You want to hold on to those people. I have worked with her twice now and I hope that relationship continues over the years,” he told reporters last week.

Australian Robbie thinks Gleeson is pretty amazing as well.  "He is unbelievable. He was amazing and he is such an incredible actor. I love the choices he makes with the roles he does. He is very funny and a wonderful person. He is the greatest guy in the world. I want to keep working with him forever," she said.

Look for Gleeson in American Made with Tom Cruise which bows on Friday, and of course Star Wars: The Last Jedi which opens on December 15. (He also had a bit part in the recent Jennifer Lawrence flop Mother!)

Working with Cruise was a delight, Gleeson said.  He had to audition for the role, via Skype of all things, and it went off without a hitch.

“It’s a strange thing to talk to Tom Cruise on Skype.  It was amazing.  I really enjoyed the audition.  He had worked with my dad previously so they were big fans of my dad,” Gleeson recently told an interviewer, “they” being Cruise and the film’s director Doug Liman.

“Then they just got me over that weird hump of, holy lord it’s Tom Cruise. When you’re on set … he’s just Tom who you are working with, who’s a really, really nice person and a really, really good actor.”