Based on the award-winning 1997 bestseller "The Moon and the Sun" by Vonda McIntyre, it's a film about kings, mermaids, love, and eternal life and it opens on January 21. 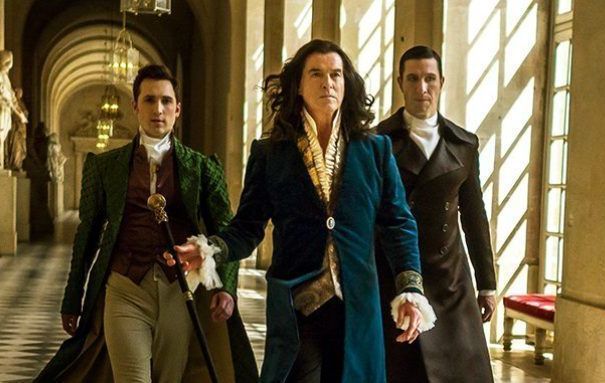 One of the busiest men in Hollywood, former 007 Pierce Brosnan will return to our screens this week as you have never seen him (in the feathery locks of Louis XIV) in The King's Daughter.

Based on the award-winning 1997 bestseller "The Moon and the Sun" by Vonda McIntyre, it's a film about kings, mermaids, love, and eternal life and it opens on January 21.

With an estimated net worth of $200 million, the Drogheda-born actor, 68, can afford to pick and choose his screen roles. So it's pretty clear from his current slate that he's opting for projects that will challenge and extend his acting skills, with roles that are often as surprising as they are varied.

Take his current film, The King's Daughter, directed by Sean McNamara. It's an opportunity for Brosnan to quite literally let his hair down in the swashbuckling role of Louis XIV, the fabled French sun king.

It's the kind of debonair role one associates with old Hollywood legends like Errol Flynn more than with the shaken but not stirred former James Bond (recall that Brosnan played Bond with a steely coldness that made him so hard for his enemies to read).

What you need to know this week is that Brosnan's latest film, The King's Daughter, cost an estimated $40 million to make and that it was actually filmed in 2014 but not released until now.

In Hollywood that often suggests production issues behind the scenes that the actors usually have no voice in and that seems to have been the case here, but no one actually knows because the film hasn't been released since it originally wrapped.

What's certain is that Brosnan brings his trademark elegance to the aristocratic French role but he brings something else too, a lived-in – and rather Irish – sense of how treacherous the world can be and a deep onscreen sensitivity to its cruel vicissitudes that we haven't quite seen from him before.

Even from the film's trailer you get the sense that Brosnan is having great fun finding all the contours of his complicated character and that's a sense that is compounded by his recent turns in films as different as Cinderella, False Positive, and his very unlikely but thoroughly enjoyable Mamma Mia casting (just Google him singing ABBA's greatest pop song SOS from the last film to hear an actor stepping out on a limb).

There's a looser, varied and dare I say it happier quality to the performances he's given in the past two decades, which suggest his later in life interests in painting, producing, living well, and picking roles that challenge him to reflect a greater contentment in his life and career. 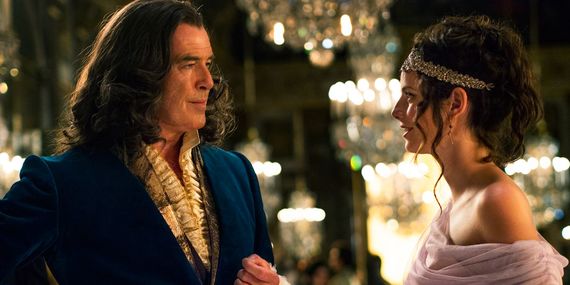 It's certainly a long way from the hardscrabble beginnings (Brosnan told me he was working on a memoir when we chatted last year) being raised by a single parent and then almost excursively by his grandparents in Navan, County Meath at a time when having an unconventional family situation was one of the worst social stigmas you could hope to endure.

Things got trickier when he finally joined his mother in London at the age of ten, where English schoolmates mocked his accent and gave him the nickname Irish. “You're Irish and they make you feel it; the British have a wonderful way of doing that, and I had a certain deep sense of being an outsider,” he later told the press.

His on-screen career has been remarkable, beginning by being hand-picked by Tennessee Williams to star in one of his last plays, to his status-enhancing turn in Remington Steele, the TV spy caper in the 1980s, an obvious precursor to his time leading the James Bond franchise.

But his private life has seen more than its share of troubles. Married twice and widowed once, Brosnan has kept his equilibrium throughout his career and has weathered storms that could have sunk others with notable grace.

In The King's Daughter, Brosnan plays the aging Louis XIV in 1684 France, whose late in life quest for immortality leads him on a quest to capture a mermaid to steal her life force and extend his own, but his divine will is unexpectedly challenged when his long-hidden illegitimate daughter forms a bond with the magical creature. 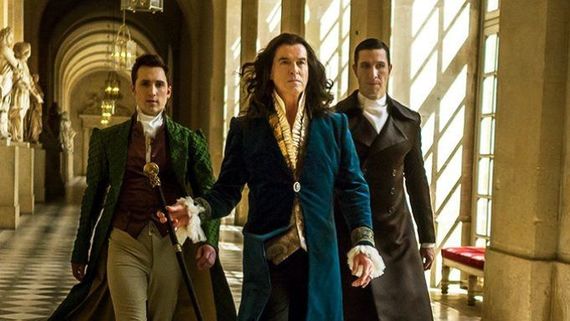 It's a fairytale premise but the stakes are real enough. Louis genuinely believes that France will collapse without his leadership, and the only way to secure that is to find a supernatural way to prolong his natural life.

But that's the kind of devil's bargain that his most trusted friend and advisor Pere (Father) La Chaise – played by William Hurt - warns him against, as it means sacrificing one innocent life to extend another, a mortal sin in the old priest's eyes.

Things are further complicated by the arrival of Louis' young, gifted and beautiful daughter Marie-Josephe D'Alember (played by Kaya Scodelario). When Marie-Josephe learns of her father's plan she's appalled and defiant, vowing to stop him from making a disastrous decision that will ruin not just his but her own life.

This is the kind of scenario and role that allows Brosnan to play the tender father, the ambitious king, and the broken-hearted widow, sometimes all together in one scene. It's also playing to every one of his many screen strengths and bringing a late Shakespearian richness to many of his latest roles.

Put simply, even though it has taken nine years for The King's Daughter to come to our cinemas it's another reminder of the later in his career renaissance that the Irish actor is experiencing.

When Marie-Josephe develops a mysterious ability to communicate with the captured mermaid she learns she has been separated from her children, echoing Marie-Josephe's own desire to finally know her parents, who have been missing from her life since childhood. 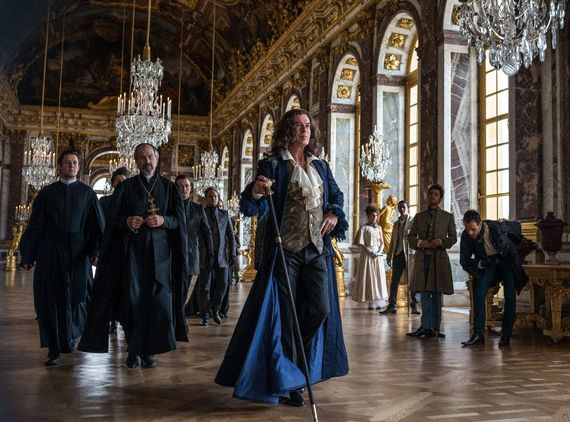 But when Marie-Josephe finally finds out that the King is her father, she discovers he is more concerned with the future of France than he is in building a relationship with his own daughter. This revelation leaves her with one choice, she must defy her father to rescue the mermaid and save herself - from an unwanted marriage to a man she does not love.

The King's Daughter was granted rare permission to film at the court of Versailles and the resultant film has the unmistakable look and feel of royal France. But it's the soulful performances of the leads, particularly Brosnan, Hurt, and Scodelario that bring heart and soul – and real do or die stakes – to this fantasy tale. You'll come for the costumes and the swashbuckling, but you'll stay for the film's unmistakable heart and soul.