Pierce Brosnan has been painting since 1987 and said that he will put some of his life's work on display in Los Angeles before the end of the year. 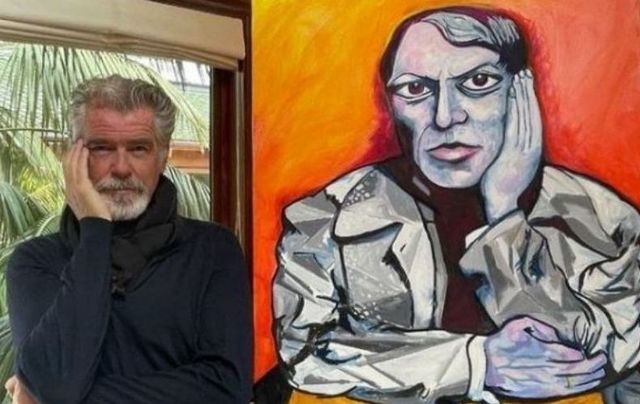 Pierce Brosnan alongside one of his paintings. @piercebrosnanofficial, Instagram

Brosnan took to Instagram to make the announcement and said that he had been painting since 1987.

"I do ponder at times whether to show the work slowly practised since one dark night in 1987 when I first began to paint," Brosnan said in a post on Instagram.

Brosnan said that his wife Keely Shay-Smith convinced him to showcase his artwork by asking him "if not now, when"?

Consequently, the former James Bond star said that he would be putting his work on display in Los Angeles before the end of the year.

In a previous interview with Origin Magazine, Brosnan said that he paints "figurative and landscape portraits".

"It’s all in my own kind of style. I’m self-taught," Brosnan said in the interview.

In 2018, the Meath native donated his portrait of Bob Dylan to a charity event in Cannes aiming to raise money and awareness for AIDS treatment.

Brosnan also said that he plans to sell some of his personal works in the near future.

Brosnan's announcement was met with widespread praise from his followers, with Breaking Bad star Aaron Paul complimenting him for his "beautiful" work.

"So beautiful my friend. I call the earplug one," Paul said in response to Brosnan's post.