If you’ve got a few thousand spare bucks to spend you can own a limited edition painting by Pierce Brosnan, who has been creating quite stunning works of art for many years now 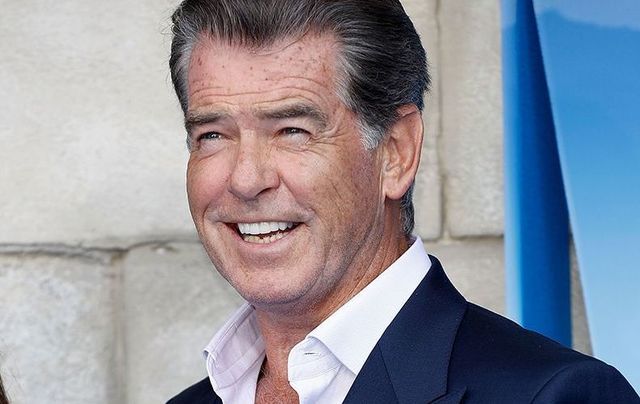 Irish star Pierce Brosnan, who’s based in Hawaii these days with his wife Keely, is offering for sale 100 signed prints of a work called Earplugs that he painted while on the London set of Goldeneye, his first James Bond film in 1995.

"I always set up a studio when I go on location," Pierce Brosnan told People magazine.

"When I was shooting the action sequences for the movie, the prop master would hand out these packets of earplugs because of the rifles and the explosions. I found the infographic on the back to be steadily pleasing and compositionally intriguing."

Seasons, an art gallery in Los Angeles, is offering 100 personally signed limited edition silkscreens of Earplugs online. They’re available for sale at either $4,200 or $5K, as is a portrait Pierce painted of Bob Dylan with a similar price tag. The original Dylan portrait fetched a whopping $1.4 million at an auction in 2018.

A portion of the proceeds from the sale will be donated to the charity A Sense of Home, which creates new homes for kids aging out of the foster care system.

Pierce started painting at the age of 16, he told People, and says the hobby helped to save his life.

"Art saved my life. I managed to get a job, and I wanted to be a graphic artist. But I discovered acting three years into working at this studio and that was it, the tide turned,” he revealed.

"I've been painting much more, and my practice has become more developed. I look at the work and it has a gesture. It has a form. It has an articulation." I spoke to Pierce Brosnan about selling prints for the first time and what's next for his art career.https://t.co/86F1VAACGk pic.twitter.com/nZAcx9KDVm

Pierce’s first wife Cassandra Harris was diagnosed with ovarian cancer in 1987, and painting gave him an outlet to cope with the stress and sadness.

"It really came to light out of a very hard time in my life," he says. "I turned to the world of painting and that gave me a great sense of comfort. Since then it’s matured.  I go to the studio each day even if it’s just to clean the brushes or move the paints around."

The Co. Meath native says his creative process “takes a long time because I’m lazy and I don’t paint fast enough, or I get the painting to a certain stage and I fall in love with it. But in the end, you just have to tackle it and be fearless.”