Pierce Brosnan has a little extra to be grateful for on Thanksgiving – he just became a grandpa for the fourth time to a sweet little boy. Jaxxon Elijah Brosnan debuted on November 12 and is the child of Pierce’s son Sean. 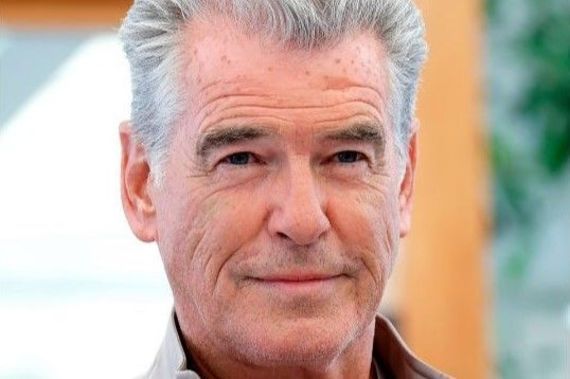 Pierce Brosnan has a little extra to be grateful for on Thanksgiving – he just became a grandpa for the fourth time to a sweet little boy. Jaxxon Elijah Brosnan debuted on November 12 and is the child of Pierce’s son Sean.

“Jaxxon Elijah Brosnan, born 3:06 pm 11/12/22... All good blessings to you my dearest grandson, welcome. Congratulations my darling Sean, Sanja and Marley. Peace be with you,” he shared on his Instagram, next to two cute pix of the tot.

Sean, 39, is Pierce’s son with his first wife Cassandra Harris, who passed away from ovarian cancer in 1991. He works as an addiction treatment counselor after overcoming his own substance abuse issues some years ago.

Jaxxon joins his big sis, seven-year-old Marley, and cousins Isabella, 24, and Lucas, 17, as a Brosnan grandchild.  The elder ones are the children of the late Charlotte Harris Brosnan, Cassandra’s daughter from a previous marriage who Pierce adopted.  Charlotte passed away nine years ago when she was only 41, dying of the same disease as her mother.

Pierce, who was featured in GQ magazine earlier this year with his two younger sons Paris and Dylan, stepped out with his wife Keely last week in West Hollywood for GQ’s annual Man of the Year party.

As usual, they both looked impeccable.