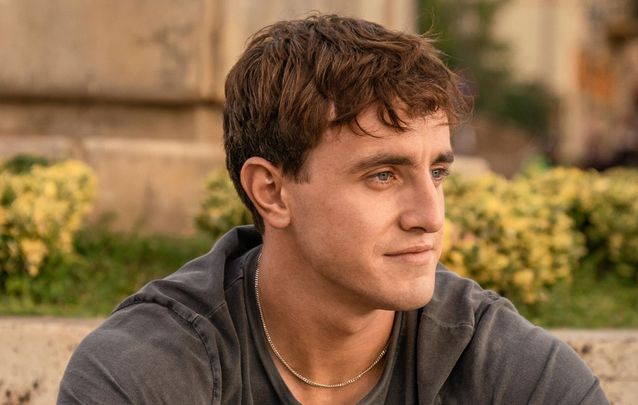 Paul Mescal on the set of Normal People. BBC / Hulu

It was anything but a normal year for Normal People breakout star Paul Mescal.  Most of us had a rotten 2020, but Kildare-born Paul, 24, became a big star thanks to the massive global success of Normal People, the BBC-Hulu series about two Irish teens navigating love and college and plenty of pitfalls along the way.

What’s Paul looking forward to in 2021?  Getting out and about more. He and his co-star Daisy Edgar-Jones became famous in April when the worst of coronavirus toppled down on us, so all the promotion they did for the show was done virtually.

“What I'm actually looking forward to in terms of experience, it all has to do with the arts. I can't wait to go see a gig. I'm really excited to share, hopefully soon, what I'm going to be working on next year, and for people to see that too.”

Paul is currently working in Australia on a project that he’s yet to reveal. Not long ago he completed production on The Lost Daughter, written and directed by Maggie Gyllenhaal and co-starring Oscar winner Olivia Colman, Dakota Johnson, and fellow Irish star Jessie Buckley.

"She's the greatest of the greatest. Yeah, just a lot of pinch yourself moments when you're working with that kind of clientele,” said Paul of Colman.