Adding to his fan-favorite songs “My Mother,” “God’s Plan,” “Irish Heart” and “You, Me and Time,” Owen Mac has released new single “Old Rocking Chair” from his 2018 album “My Journey.” 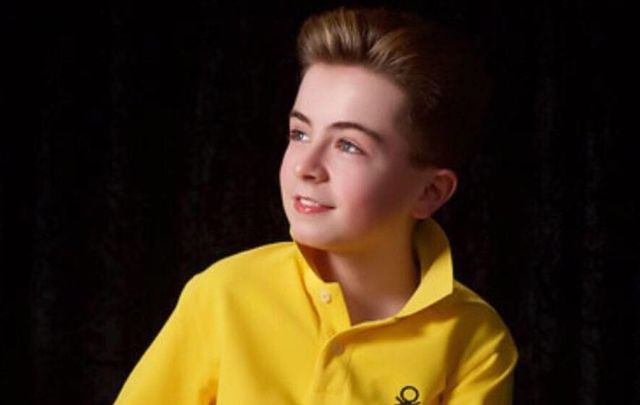 Have you listened to Owen Mac’s new album yet? The 14-year-old from Coleraine, Co. Derry, is showing why he’s one of Ireland’s greatest new country music stars with his new CD “My Journey.”  The album features ten brand new tracks including “Silver-Haired Daddy of Mine,” Rocky Top,” “Here Comes Goodbye,” and fan favorite “Irish Heart.”

Having officially launched in Ireland in February 2018, Owen has also recently revealed his new video for “Old Rocking Chair,” which like “My Mother” is a tribute to an Irish Mammy The song was written by B.G. Pollack and gives a great taster as to what we can hear from the other tracks on the album.

🎶 🎶 🎶 BRAND NEW VIDEO 🎶 🎶 🎶 ♫♫ Owen Mac - Old Rocking Chair ♫♫ Hi everyone, here is my brand new video ;) It's called 'Old Rocking Chair' and I'd like to say a big thanks to B.G. Pollock for writing this song, Medusa Photo for the photos, Paul McNeilly (pinegrove Studios) for music, Steve Bloor for fantastic artwork and Emer Fox for producing video and of course my good pal Alan Micheal Fahy for his amazing work on Facebook. 🎤🎤🎤😊 Owen's Facebook Page : Owen Mac Facebook Management : Alan Fahy - Social Media Specialist I really appreciate everyone's support, it means so much :) I hope you all enjoy, Owen x

Born in 2003, the young singer has a remarkable following on social media already with over 200,000 followers, plenty of whom are in the US. When we first met Owen Mac in January 2017, he already had a big following on both sides of the Atlantic and was well on his way to becoming an Irish country music star with his first CD “Heart and Soul.”

Although concentrating on his school work for the time being, Owen told IrishCentral in a previous interview that he continues to perform across the island of Ireland and we hope we’ll see him in the US soon.

“Singing is going to be my number one goal but I also have said to my parents that I want to get my education as well because you never know what could happen,” Owen told us.

“In that case, I could fall back on my education but at the minute, it's music, music, music and I hope to continue with that.”

Which of Owen Mac’s songs is your favorite? Let us know in the comments section, below.