Coleraine-born Owen Mac is wowing country music fans the world over with his voice. 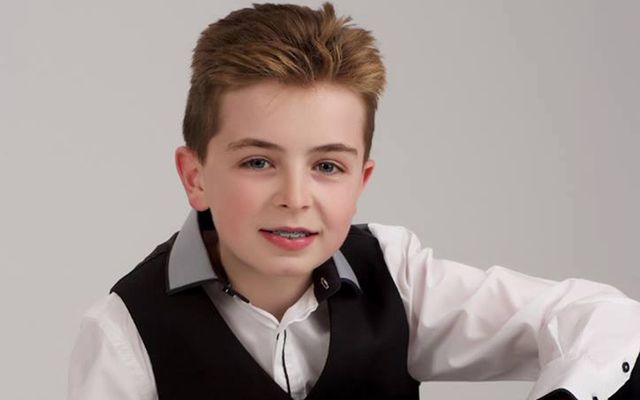 For most 13-year-olds in Ireland, the big decision about what career path to take is still a little way off, but for Coleraine-born Owen Mac the future is clearly marked and it leads to to Nashville.

Inspired by his father, who sings and performs locally, Owen has already won himself legions of fans throughout Ireland and beyond with his covers of country classics.

“I've always heard country music all around the house,” Owen tells IrishCentral, “and I've always heard Dad singing in different spots around the local area and so I suppose I just sort of wanted to do it myself and it's been going great for me so far, thank God.”

With already close to 100,000 likes on his Facebook page and his first album under his belt, Owen received his big break at an event organized by the BBC in Northern Ireland. When BBC Radio Ulster broadcaster Hugo Duncan invited him up on stage, Owen sang “God’s Plan,” introducing his incredible voice to the world, and he hasn’t looked back since.

Owen has been touted by Irish country singer Jimmy Buckley—with whom he’s performed—and Alan Fahy, an Irish country music promoter and Facebook specialist who has helped the 13-year-old reach a larger audience. The young star in the making is already traveling around Ireland performing and creating videos for his music, all the while keeping himself focused on his schoolwork.

“Singing is going to be my number one goal, but I also have said to my parents that I want to get my education as well because you never know what could happen, ” Owen tell us.

“In that case, I could fall back on my education, but at the minute, it's music, music, music and I hope to continue with that.”

While other musicians Owen's age may have ambitious plans for their music careers, it’s more often than not as pop stars such as Justin Bieber or One Direction. Those are generally who they emulate.

“Believe it or not, I actually like more the traditional country singers such as Ray Price. I suppose Ray Price would be my favorite,” he adds.

Although his talent may have come from his father, Owen Mac likes to think of his mother when he’s performing. He dedicated his recording of the Jimmy Buckley song “My Mother” to her.

Owen, who will turn 14 on February 1, is preparing to enter the studio again to record his second album! He's already a pro at an age when most of us have no idea what we want to do with our lives.

“It’s a completely different sort of atmosphere [in the studio]” he said, “and I just sort of walked in and it was a bit overwhelming but I’m used to it now.

“I've been in a few times to the recording studio and I'm going in very soon to start my next album. So I'm very excited.”

Owen has already built up a good following in America, but there are no immediate plans for him to travel to over to perform for his fans on this side. There is plenty of time for that in the future.

“I’d just like to thank them for all of the support they've given me so far. I'm so grateful for it,” he says of his US fans.

“I think my plan for this year and next year is just to continue what I'm doing and go to the concerts now and then and continue on. Hopefully, in the future, I'll be able to make music my career. I'm taking everything gently at the minute and hopefully it all goes well.”

You can find more of Owen Mac’s music on his Facebook page here.