The amazing 14-year-old Irish music star shows off his stunning voice in “Little Grey Home in the West”. 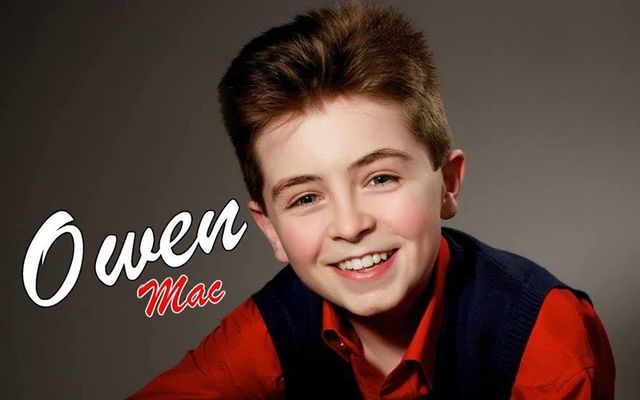 Ireland’s biggest, brightest and youngest new country music star Owen Mac proves he really has the voice of an angel in an adorable new music video released via his Facebook page. Having already clocked up over 100,000 views, Irish singer Owen Mac sounds better than ever as he pines after his “Little Grey Home in the West”.

He takes on the beautiful song with a professionalism beyond his years, showing off some of the prettiest little corners of the country as he does so. The song will be included on the young singer’s ten-track second album also featuring “Erin Tennessee” and “Cottage by the Sea”.

When we first met Owen Mac in January 2017, he already had a big following on both sides of the Atlantic with 100,000 Facebook likes and his first album under his belt. In just three short months, however, he’s well on his way to becoming an Irish country music star with almost 140,000 likes and a new CD “Heart & Soul” available for pre-order before its big release at the end of April.

The 14-year-old Coleraine, Co. Derry-born singer, lists his father as one of his biggest influences and it's obvious why as the pair perform here together in their living room with friends.

While Owen may think that this little home in the west “is a corner of heaven itself”, we think you’ll agree that heaven is certainly wherever he is singing.

You can find out more about Owen Mac’s music here.

Who are your favorite Irish country singers? Would you go to see Owen Mac perform if he came to the US? Let us know in the comments section.