“The truth is, at my first year at Queen’s University in Belfast, ostensibly studying law... I was kind of majoring in snooker and poker.” 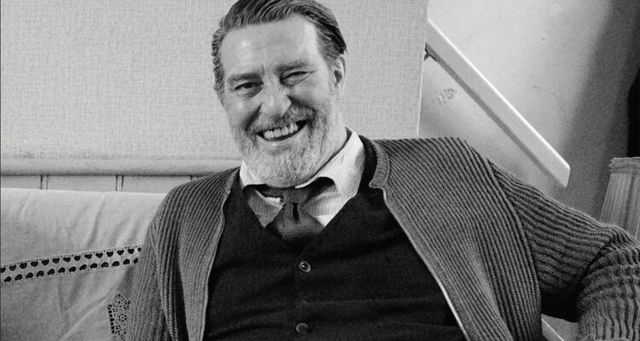 The legal profession could have had Ciaran Hinds, but the newly minted Oscar nominee wasn’t really interested in learning about the law.

Hinds, 69, Best Supporting Actor Oscar nominee for Belfast and a native of the city too, aspired to be an actor growing up, but not surprisingly his folks were against his choice, telling him to “get something behind you for when you find out you’re never going to work in the theater,” Hinds told The Los Angeles Times last week.

The something was becoming a lawyer, but that goal lasted all of a minute.

“The truth is, at my first year at Queen’s University in Belfast, ostensibly studying law, I attended three lectures and one tutorial,” he revealed. “I was kind of majoring in snooker and poker.”

Hinds left Belfast and pursued his dream in England. And he’s never looked back.

“I was very fortunate,” he told the Times.  “I was going to a theater school with young students. They were very open. But I was coming from Belfast with a chip on my shoulder anyway, because of what was happening in the north of Ireland: ‘Your soldiers were all over us.’ But I (met) good English people, nice English people, who were interested and really wanted to know the issues. It seems like a small step — it was an hour’s flight to go to England — but it’s stepping off the island to a bigger island.”

Given his impressive resume, it’s hard to believe that Hinds is only getting his first Academy Award nod now. The website Gold Derby has his odds at 4-1, behind Kodi Smit-McPhee who made a splash in The Power of the Dog.