The Irish Film & Television Academy (IFTA) today announced its 2022 nominees, including Jude Hill in the lead actor category for his role in "Belfast." 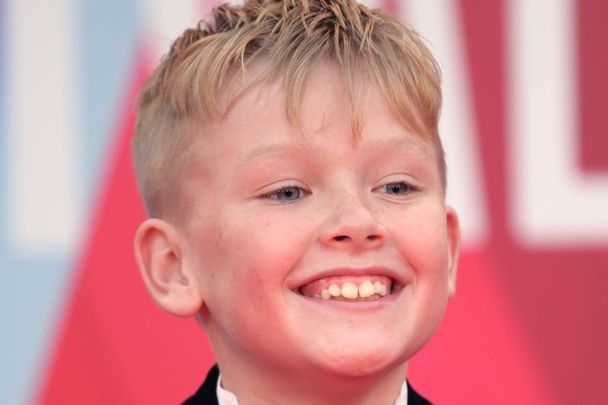 The Irish Film & Television Academy (IFTA) has today announced the 2022 IFTA nominations for the Irish Academy Awards across 25 categories in Film and Drama.

Jude Hill, 11, is among the nominees in the Lead Actor Film category at the IFTAs this year, the first leading actor nomination for the 11-year-old star of "Belfast" who was born in Co Down.

The IFTAs are often referred to as the "Irish Oscars." Earlier this month, "Belfast" scooped seven nominations at the Academy Awards in the US, but Hill didn't receive an acting nomination.

With ten nominations each, "Belfast" and "An Cailín Ciúin" lead the pack in the IFTA Film nominations this year. In the IFTA Drama categories, RTÉ's "Kin" leads the way with 13 nominations.

IFTA Chief Executive Áine Moriarty said: “What a spectacular line-up of nominees that have been shortlisted for Irish Academy Awards this year, after a record-breaking production year for the Irish industry. The work being recognised this year showcases to the world what our talented industry has to offer.”

“It’s an incredible reflection of the high calibre of Irish talent, filmmaking, and storytelling that we have in this country, at world-class standards. The Irish Academy is proud to acknowledge and reward their great achievements."

The Irish Academy will this year host both virtual and physical events.

Irish actress and comedian Deirdre O'Kane will host the virtual awards event which will be broadcast on Virgin Media One on March 12. A separate physical industry gathering is set to take place in April for the presentation of the IFTA Awards in Dublin.

The IFTA Awards is funded by Screen Ireland and also supported by the Broadcasting Authority of Ireland (BAI) and Tourism Ireland.

You can see the full list of IFTA nominations here.