Is One Direction getting back together? 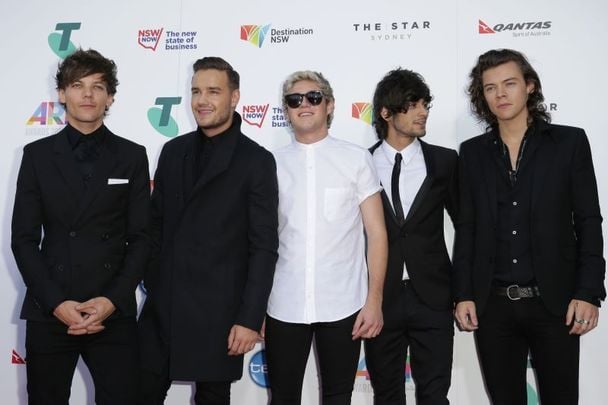 One Direction altogether, photographed in 2014. Getty

One Directions postings online, marking the band's ten-year anniversary, have thrown fans into a tailspin as rumors of a reunion fly.

One Direction has got their fans all a tizzy with their teasing posts on social media and the fact that for the first time since 2018 their official website was updated. The boyband, Harry Styles, Niall Horan, Liam Payne, Zayn Malik, and Louis Tomlinson, went their separate ways in 2016 and have all had successful solo careers since.

However, online posts marking the band's ten-year anniversary had the band's fans speculation as to whether a reunion could be on the cards.

On Wednesday the One Direction official site posted a photo of a plains black tile with the words "10 years of One Direction" and the captions "Tomorrow! You and me got a whole lot of history." You can see what this caused excitement.

Earlier One Direction confirmed the launch of their new website - an archive of the band's work that will also follow the band member's solo careers, including the hugely successful County Westmeath man, Niall Horan.

Loose lips sink ships though and it was Liam Payne who almost let the cat out of the bag. Speaking to Billboard, Payne said that he "can't say too much" but added that Louis Tomlinson "told me off for revealing a bit about our plans the other day. So I had a group telling off on the group chat."

He did admit, however, that the four band members were organizing their first group Facetime with they took a hiatus.

Our very own Niall Horan has had huge success since One Direction when their separate ways. The 26-year-old, from Mullingar, County Westmeath, has released two albums. Flicker in 2017 and Heartbreak Weather, in March of this year.

What do you think? Will One Direction get back together?

WATCH: A puppet turkey "disrespected" Niall Horan and his fans are mad

Check out the video One Direction released for their fans: